Celebrating The Digital Release Of Christopher Bram's: Surprising Myself 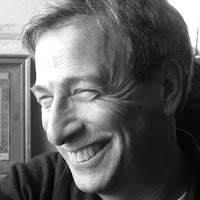 Christopher Bram is the author of nine novels, including Father of Frankenstein, which was made into the Academy Award–winning movie Gods and Monsters, starring Ian McKellen. Bram grew up outside of Norfolk, Virginia, where he was a paperboy and an Eagle Scout. He graduated from the  College of William and Mary in 1974 and moved to New York City in 1978. In addition to Father of Frankenstein, he has written numerous articles and essays. His most recent book, Eminent Outlaws: The Gay Writers Who Changed America, is a literary history. Bram was a Guggenheim Fellow in 2001, and in 2003, he received Publishing Triangle’s Bill Whitehead Award for Lifetime Achievement. He lives in Greenwich Village and teaches at New York University. 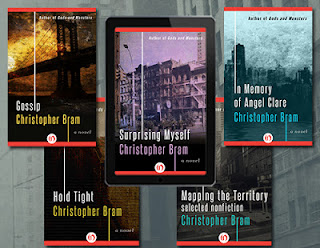 Open Road Media is thrilled to be publishing five titles by Christopher Bram as ebooks on May 28, 2013. The ebook collection includes Gossip, Hold Tight, In Memory of Angel Clare, Mapping the Territory, and, of course, Surprising Myself (Excerpt below).


Surprising Myself by Christopher Bram {Excerpt} by OpenRoadMedia

Twitter: Retweet this article by Christopher Bram from @TheAdvocateMag

Posted by multitaskingmomma at 8:42 PM