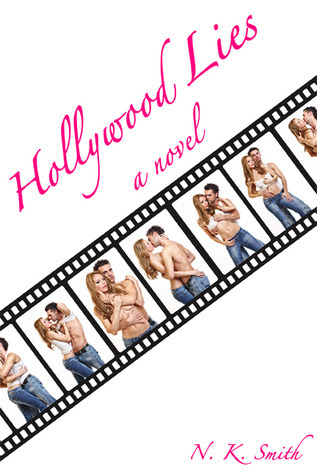 In a world where make believe is a multibillion dollar industry, it’s hard to know where the fantasy ends and real life begins. When Collette Stroud, an influential Hollywood actor and director, takes a chance on two young actors for her romantic teen movie, three lives converge in a complicated web of publicity, passion, lust, and lies.

The web is cast when Stroud, a woman with a few skeletons in her closet, hires two young artists in her low-budget film. She handpicks Liliana Addison and Devon Maddox to be Hollywood’s next big stars. Former child star Liliana has had limited success with her previous roles but hopes to take the world by storm under Collette’s tutelage. While Devon is an out of work actor, he never stops dreaming about making it big. The director’s interest in him assures Devon his dreams are about to become reality.

Sparks between Collette and Devon set their lives ablaze, but the studio has other plans. Executives concoct a fictitious romance in order to drive box office sales and launch careers between Devon and Liliana. When the studio offers to make the young actors into bona fide stars, will the price be too high to pay, or will the deal be too sweet to pass up?

Can the trio handle the pressure of a hidden romance coupled with a phony public relationship? Will love be enough to conquer the promise of fame, fortune, and a lasting legacy, or will it be an easy sacrifice?

All three will tread the thin line of Hollywood Lies and genuine passion on the most important red carpet walk of their lives.


I must confess I hadn't heard of N.K. Smith before Hollywood Lies but I'll sure be looking out for her books from now on.

Reading this novel was like indulging in my favorite forbidden ways to waste my time: watching E! News and reading Hello! Magazine for the latest round of celebrity gossip. Must confess I recognized a few scenes mixed up from several celebs and am now seriously doubting the truth behind the romantic hookup of two stars of a recently concluded blockbuster trilogy. Hahaha!

In any case, N. K. Smith is a great writer who speaks for both romantic stars in her story. It's a refreshing read since both have equal time to make the reader hear what they have to say instead of just having to focus on one character and guess what the other is thinking.

It's great that emotions and relationship are focused on (aside from plenty of sex scenes starring Devon or Cole and the partner of the moment) that make you understand exactly how shallow celebrity spotting and gossip mags are. In a world where nothing is truly real, falling into bed with any available warm body may seem a good consolation.

But it's the angst between Devon and Cole that is the backbone of the story. Dealing with the pressure of past lovers, screaming fans, annoying paparazzi, and probable stalkers creates a very possible background for two celebrities who may or may not end up together after coming into contact during the filming of a possible hit movie.

Is this a steamy summer read? Yes!

Expected publication: June 20th 2013 by The Writer's Coffee Shop
Review based on an ARC from Netgalley

***Watch out for the Blog Tour featuring Hollywood Lies on June 21 when headouttheoven readers will get to enjoy a guest  post from N.K. Smith who also graciously agreed to donate a Free Copy of her book to the winning commentator.

Email ThisBlogThis!Share to TwitterShare to FacebookShare to Pinterest
Labels: Naughties