Nameless No Longer: An Interview With Joe Conlan 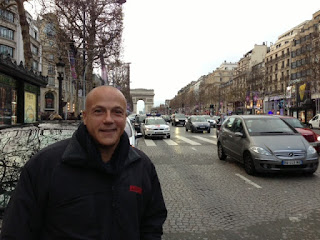 Today we are excited to play host to Joe Conlan, author of Nameless.

The author was born in Nassau County, Long Island, New York.  He has lived most of his life in Florida, the great majority in the Fort Lauderdale area.  He received his Juris Doctor degree from the University of Florida and practiced law as a trial attorney for 15 years.  Three of those years were spent as a prosecutor in the Broward County State Attorney's Office.

He now lives in Jacksonville, Florida. He has two grown children. When he is not writing, he enjoys reading, traveling and spending time with his family and two best friends who happen to be female Rhodesian Ridgebacks.

An Interview With Joe Conlan, Author of Nameless 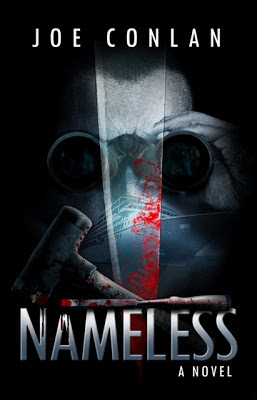 Q. What made you decide to write a book in this genre? Why this particular story line? Was there a specific event that sparked the idea for this book?

Q1.  From the time I was a teenager, I've wanted to write a novel. Horror and thrillers were always my favorite.  It seemed that if I was going to write a novel, it might as well be something I have a passion for (excuse my ending that sentence with a preposition :-))  Nameless was conceived at a family gathering for my daughter's birthday.  When I made the announcement, out of the blue I might add, that I wanted to write a novel, my ex-wife said why don't you write about a murder on a cruise ship.  That day, I wrote the first words of Nameless.  The storyline just developed as I wrote.  I have a strange writing process. The story kind of writes itself.


Q. What event motivated you to write such a suspense-filled novel? We see from your profile that you were once a trial lawyer, was the plot inspired by real cases?

Q2  I love to read a book that keeps me wanting to turn the pages and that was my plan for my readers.  There was no particular case(s) that I tried that inspired the writing of Nameless.  I was more inspired by other thriller authors.  I have also always had a fascination with serial killers.  I love to hate them.


Q.Was the book written more because you had an interest in how psychotics think or were you leaning more towards how nature vs. nurture can affect people, especially those who had suffered trauma(s) as children?

Q3  When I sat down to write Nameless, I didn't have any kind of outline, notes, list of characters etc.  I placed my fingers on the keys of the laptop keyboard, and just started to tell a story.  In a matter of less than three months, the first draft of the novel was complete.  Now, I'm sure that my intense interest in what makes a killer tick certainly played a role in developing Shem's character.  I often think about what makes two people who suffer similar abuses or tragic events in their childhood turn out so differently.  Is the response determined by DNA or a child's upbringing or some combination of both?  I wanted the reader to think about that.

Q. What do you "see" in your mind when you write? We are asking you this because your words are so beautifully graphic.

Q4  I'm not a very visual person.  It's  actually extremely difficult for me to picture things in my mind's eye.  I've never been one with a sense of space or direction.  So, I can't say that I picture the scenes that I write.  This is going to sound crazy, but I almost feel as though I am in some kind of trance when I sit down at my computer to write a story or pick up where I left off.

Q. How much of the book were the result of research? How much of it was pure fabrication or fantasy?

Q5  For the first draft, there was no real research.  I wrote everything based on my knowledge as a criminal lawyer. But, my editor wouldn't let me get away with that.  So, in the subsequent edits, there was lots of research done, mostly regarding FBI practices, crime analysis, profiling etc.  Of course there was also some research involving specific settings, types of guns and weapons.  I have to admit that I used Mapquest and Google quite a few times as well. :-)

Q. Of the characters in the story, who would you consider to be closest to your own character and therefore the easiest to write? Which was the most difficult - the one that caused you the most problems?

Q6  There probably is a little part of me in just about every main character in Nameless.  There's not one character who is very much like I am.  If I had to be pinned down, I would say that Daniel has a lot of my personality traits.  I don't think I am as smart as he is nor could I chase down serial murderers.  But, there are other more personal characteristics that we share.  Yes, Daniel was the easiest for me.

I would say that Deborah was the toughest character for me to write.  I don't relate to her.  She has her reasons for being the way she is, but she's a little bit too high maintenance for my taste.  I have very mixed feelings about her.  I guess the hardest part about writing her was that she's really not like anyone in my life.

Q. We know that "Nameless" is your debut novel. Your publishers and you yourself have stated that this is just the first book and you are working on a sequel. Can you share something with us about this sequel: what is it  about or at the very least, prepare us for what is to come?

Q7  No way! LOL Patience my dears.  :-) You will see some characters from the first book.  I know, not such great information.  All, I can say is that I will do my absolute best to give you another wild ride.

We did not stop here, refusing to be left hanging. So we ended up begging the author for a teeny, tiny teaser (not a spoiler) of what is to expect, he sent this exciting reply:


Ok, I'll give you a little preview.  Book 2, When White Fades to Black, has more of a political feel, in the style of David Baldacci, involving white supremacy and domestic terrorism.  I'll tell you that Shem will not return until book 3 though there are mentions of him in WWFTB.  I don't know if it's appropriate to talk about Shem in the future though for those who read your blog, but have not yet read Nameless.

So there you have it dear readers! We hope you enjoy reading Nameless as much as we did. And now that we know that there is more to come, we know we are going to enjoy more!

Written in collaboration with Ramona
Posted by multitaskingmomma at 10:16 PM