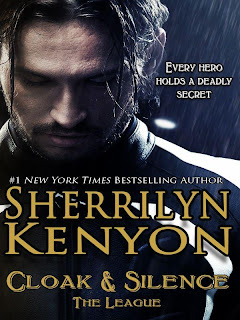 Fans of the League series need wait no more - Maris is getting his own book.

One of the fiercest soldiers the Phrixians have ever produced, Maris Sulle has been an outsider his whole life. He grew up with a secret that cost him everything - his birthright, his family, his military career. He's only ever had one love, and Maris has sacrificed that to see his best friend reunited with the woman he loves. His good deed done, he now feels lost and adrift. Even though his new family does its best to include him, he's once again on the outside looking in.

Ture has spent his life hiding from everyone around him while trying desperately to fit in. Badly hurt by everyone he's ever known, he trusts no one except his best friend - and honestly, he can't understand why he trusts her. Nor can he believe her when she describes a loyalty between friends the likes of which he's never seen.

But in his darkest hour, Ture is saved by a hero he thought only existed in novels, a man every bit as scarred and mistrusting as he is and who has no interest in being dragged into another relationship with anyone.

Having spent his life as a living study of doomed relationships, Maris is well aware of the fiasco that must inevitably follow courtship. Still, there is something about Ture he can't resist - something that won't let him walk away even when he knows he should.

And when old enemies return to threaten them both, these two must either stand together or die alone.

I was quite surprised when this book came to my attention. I never expected Sherrilyn Kenyon to give us her sixth installment of The League Series where her two main characters are men. I can just imagine the outcry of her League fans - crying out (probably) why Ms. Kenyon decided to write an MM book. And that is coming from a League fan and reader who is also an avid MM reader.

Some things bothered me though, when I started reading. The Author's Note. I am a little hesitant to mention this but I read it twice before I actually went into the story. I got the impression that Ms. Kenyon was hesitant to write an MM story. I don't know, is it just me? did I misunderstand it? I don't know.

The story opens straight from Born of Silence (The League #5) where Darling and Maris rescues Zarya and Ture from the captivity. However, this is when I actually started doubting the sincerity of this written work. Please don't get me wrong. Where Ture and Maris were playful, animated and quite naughty in League 5, here in League 6, that all disappeared. There was absolutely no continuity to their characters. I got the impression that their comfort level dropped. Where once they were playful, here they were like two predators circling each other, both trying to find out the weak points of the other. There was none of their candidness either. This I found strange and flat for lack of a better word. There was no "sizzle," nor any of the "oomph" that got me excited when I first read them.

And finally, where the rest of the League Series love scenes were verging on the erotica, here there was none. The scenes were honestly quite flat (ugh! again that word) and  I got the impression  (once more) that the writer was hesitant to write male on male love scenes.

I have to give kudos to Ms. Kenyon for writing this as this gives her readers and fans a closure on the Ture and Maris affair. Unfortunately, I have to be honest and write that I expected so much from this installment and it just fell short.

I will recommend this read to all the League fans out there. It is a great read and a fantastic closure for these two men.


Purchase Link
Posted by multitaskingmomma at 6:57 AM