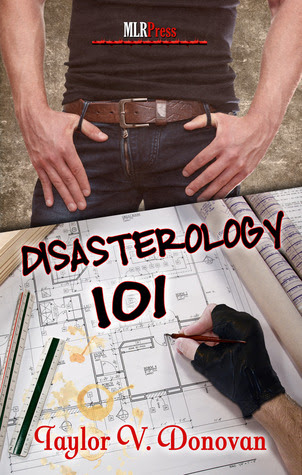 Kevin Morrison had it all. A house he worked hard for, a loving wife, and three beautiful children. But it wasn’t until his marriage ended that he realized what the void he’d felt almost all his life meant. Coming out as a gay man at thirty-six is not an easy feat, but he is determined to be true to his heart. Meeting a man who shares his values, and is good with his children would be a bonus, but when the guy arrives in a uniquely wrapped package, and has very specific handling instructions, Kevin needs to decide if he’s up for that kind of love.

Obsessed with order and symmetry, and a paralyzing fear of germs, Cedric Haughton-Disley has lived with isolation and loneliness as long as he can remember. Desperate to be normal, he makes some much-needed changes in his life. If he can commit to his treatment, he might very well be able to procure some quality of life… even if that’s all he can get, as finding love and having a relationship are only possible in Cedric’s wildest dreams. But when a chance encounter leaves Cedric wishing for more, he decides to take a leap of faith, and pursue the guy he wants.

Together the two men make an unlikely match. Cedric needs organization, and Kevin represents chaos. In order to stay together they both need to compromise, but will they be able to deal with Cedric’s issues and the potential disaster, or let it break them apart?

Nothing can be worse than finding out you are not who you are until it is almost too late. Kevin finds out late in life he is homosexual and not bi-sexual at all. It is all he could do to focus on that fact and have to deal with family and friends and divorce. It does not help that he is exhausted most times as he literally tries to burn his candle from both ends at the same time to make do with expenses and the current economy.

Then he meets Cedric. Not of Harry Potter fame but quite close enough in both looks and Englishness. Cedric is a blue-blooded bloke who has money coming out of his ears. However, if people think this should make him the happiest on the planet, they are wrong. Cedric has one big mess of an OCD condition and it takes a lot in him to focus on life and sanity. Then he meets Kevin.

Kevin and Cedric's romance should never be, but somehow, someway, they both find a way to face their demons and have one of the sweetest and worked love stories I have read.

Contrary to popular belief, OCD is not that bad, however, just like any medical condition, if not treated, it can cause serious complications in the life of the sufferer. What they really need is a "constant" which could either be a person or a ritual. In Cedric's case, Kevin became his sanity and it helped that Kevin was such a natural nurturer his adjustments were not that angst-ridden.

My favorite part was when Cedric admits to Kevin that he had become his "haven." And really, that was just when I fell for these two men. However, I must admit that I had to consult my teens and Google Images to find out what a "do-rag" was and Cedric's taste in music is not mine. Sorry! Otherwise, I really loved this story.

This was obviously very well researched by author Talor V. Donovan and although I could see some holes in Cedric's condition and reactions to situations, they were too minor. There are also some situations here that may not be comfortable to some readers. If they can get over Cedric's OCD, they will read one great love story.

Posted by multitaskingmomma at 12:14 AM