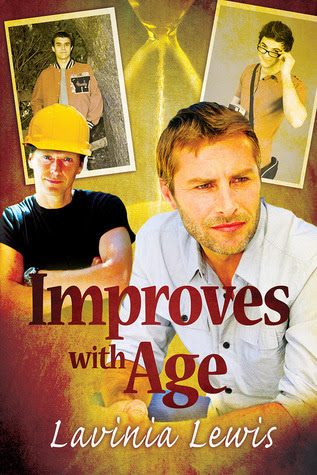 Sometimes you can go home again. Reece Watkins left Montana after high school. A math major, he found a fulfilling career as an accountant in Washington with Mike, the love of his life. But then Mike dies of a heart attack, leaving Reece to reevaluate his own life and realize he’s on the same track. He decides to return to Montana and a slower pace.

Former football team captain Nick Kenison never left Montana. Instead, he married his high school sweetheart, had two kids, established a contracting business, and discovered he was gay. Now out and proud, Nick drives out to Reece’s to answer a call about roof repairs.

In high school, they were opposites, but now? The attraction between them is electric. Of course, it isn’t that easy—Reece is still dealing with body issues, self-esteem issues, and grief over Mike’s loss. Nick will have to teach him it’s never too late for love.

I usually love mature men romances or for that matter, any  mature relationship of MF genre. It gives me a thrill to see that romance is not just for the young at heart or young teens or young adults. However, there are times when I just give a big sigh of frustration when nothing comes out of a great blurb and instead am given a sexually charged book with nothing much of romance. I must admit that the romance was served as a side dish but that is it. The main course was like observing guinea pigs procreate.

Posted by multitaskingmomma at 4:47 AM