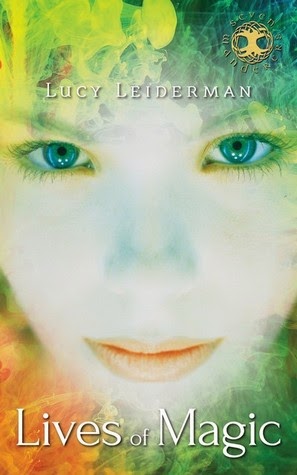 Seventeen-year-old Gwen is settling into her new home in Oregon and looking forward to senior year when she is kidnapped by Kian, who warns her that she is in terrible danger. An ancient war was fought between magical Celtic warriors and three evil magicians. Those magicians are alive and well and need Gwen's magic to regain their power. If they succeed, they'll be unstoppable. To save the world, Gwen must unlock the magic trapped in her memories of a past life in Britannia.

As Gwen starts to recover her lost memories and awakens to her power, she suffers the consequences of a divided soul. Gwen and Kian travel to New York and then to England to find others of her kind. Gwen, Garrison, Seth, and Moira need each other to solve the puzzle of their last days in ancient Britannia. They are only as strong as what they remember, but a troublesome history threatens to doom the world. One way or another, a deadly showdown is inevitable, ready or not …

As a certified Anglophile for the past few decades, I am a sucker for all things Celtic. However, not many books that tackle the lore are spell-binding or gripping and merely fall into the category of travelogue through ancient times. Thankfully, Lives of Magic does not fall in that particular class.

But there is more going for this novel than just solid, intensive research into Celtic myths and culture. Lucy Leiderman has managed to bring a ragtag group of teens to life and keep you interested in how they relearn to be seasoned warriors of the past. The tenuous balance between the angst and insecurity of teens and the cocksure arrogance of blooded fighters keeps everyone on their toes, especially the reader!

You can't help but root for Gwen. She's the loner you know in school, one who looks kind of interesting but manages to keep everybody away by just doing what she wants.  Plus, she's different and she knows it.

Then, meeting Kian on her first social day in a new town leaves her traumatised. She finds out she's not who she thinks she is plus she has magical powers that could help save the world from wizard domination. While it makes sense on one level, it's downright strange on another.

But she agrees to help him find the "others" and leaves her parents behind to do so. From New York to the UK, they track down other warriors and fight strange nature- and psychic-based battles. Some scenes are strangely eerie, like the clouds described in the massive hurricane that hits New York. It brings to mind that humongous swirling black cloud that hovered over the city on the day of the Hurricane Sandy. Creepy.

All the while, they struggle to regain old memories and reconnect with their mystical powers. Kian himself has secrets of his own that come into play at the height of the story... and that's all I'll say about this novel! You must read it yourself and get drawn into this most interesting work. Then, be as impatient as me to get the next instalment!

I received a copy of this book as an ARC through Net Galley in exchange for an honest review.

Email ThisBlogThis!Share to TwitterShare to FacebookShare to Pinterest
Labels: YA