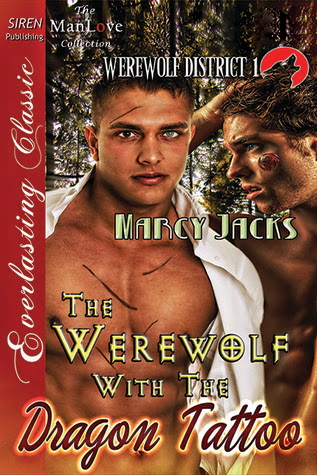 
Conner McCarthy is a human with some odd tattoos, and a secret. He's mated to and very in love with a werewolf. The problem is that his home village is filled with people who hunt and kill werewolves, but Jules Roux is not a wild werewolf, and just when he makes the decision to finally leave with his mate, they are found and captured by Conner's jealous village leader. When Jules accidentally infects Conner with the werewolf gene, that's when his tattoos begin acting very strangely.

Jules is an alpha who wants nothing more than to take his mate home and keep him safe, but that's going to have to wait, as they must work together to battle against the humans who want revenge against them both, and figure out whether or not the thing that's also inside of him will want to kill him as well before they can discover what it really is.

What is going on here?
Posted by multitaskingmomma at 4:09 AM