Review: The Cost of Loving (Unconditional Love #2) by Wade Kelly 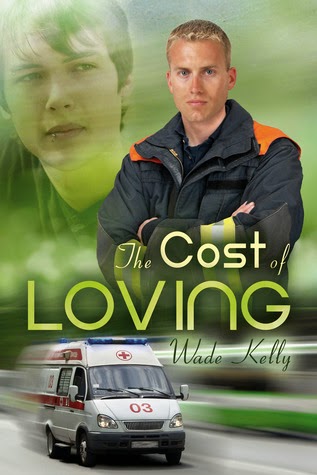 The Cost of Loving (Unconditional Love #2)

Matt Dixon, a young firefighter, is the golden child of his family, and he never dreamed that coming out would challenge more than the way his church sees him.

For years, Matt has led a double life hoping to avoid ridicule. When a self-righteous pastor’s statements provoke him to defend his recently deceased best friend’s honor and subsequently out himself, he suffers the brutal aftermath of his revelation. Everyone in his life, including his family and his new lover, Darian, must deal with the ramifications as Matt struggles to come to terms with guilt, shame, and his very belief in God.

Darian Weston lost his fiancé when Jamie took his life, and his feelings for Matt added guilt to his burden of grief. Confused and lonely, Darian clings to Matt despite his inner strife. But small-town realities keep intruding, and if Matt and Darian hope to make a life together, they must first take a stand for what they believe in, even if they fear the cost.

When author Wade Kelly wrote When Love Is Not Enough (Unconditional Love, #1) way back in 2011, I did not read it. I knew it was good, but I was looking for romantic and sexy MM stories at that time. Since then I have grown (yeah, right!) into this genre that I basically am not scared to read some of the more horrific situations the LGBTQ community goes through. I have time and again said that I may be a brave individual, but no one is braver than someone gay who has to knowingly and willingly face the horrors society throw their way and still live to tell the tale. I don't think I could, to be blunt about it.

When I saw this book on the DSP list of new releases, I thought long and hard before I clicked that option. Well, I finally did. Honestly, I still hesitated as I was too thick in personal insecurities to read it. So yes, it's been long in the Kindle folder before I decided to bite the bullet and just read.

This was one long journey to self-discovery and acceptance for both Darian and Matt. The book opens where the first book ended. If one were to expect an HEA sort of story for a sequel, they are totally wrong.

This is a psychological drama. Period.

This is the tale of Darian's spiral down the depression road for trying to cope with a loss profound. The author does not mince words with Darian's experience into the alternate world of psychosis, for that was really what he was going through. I would go so far as to say that he had a Major Depressive Disorder which environmental cause was the unfortunate suicide of Jaime (this is my own conclusion although the author does not mention any diagnosis and there is a lack of history to reach a definitive diagnosis). His journey from its onset all the way to his recovery was very beautifully written by Ms. Kelly.

Although Matt is the major character in this book, it is really Darian's story. Matt plays a huge role in this recovery and he also goes through the psychological and societal wringer as well. The author's approach to his religious background was quite astounding. She did not mince words here, from her blunt insult of the bigotry that is very thoroughly practiced and accepted as norm (believe me, it is NOT the norm although many think that it is) all the way to his father finally finding the right religious community which did accept and love based on their faith and logical sense of morality. It was Matt's role as Dare's"comforter" that was the pivotal discovery by the psychiatrist who had failed in realizing this initially. After which, Matt's role was just MORE and Dare's road to recovery was solidified.

The Cost of Loving is not a light read, far from it. It is a window into the psyche of a survivor. The survivors each take their own course to coping. This is the tale of how suicide has such a profound and sometimes fatal effect on those left behind. It serves as a lesson to those thinking this is the ultimate way out. It is not.

I have to be honest. I jumped to the last chapter. After reading it, I went back to December 2010 and finished it all the way. There were some parts that were just too painful to read, that were just painfully real.

This is a beautiful book but I have to be honest and say this is not for everyone. That said, it is impossible for me not to recommend it.

If you are brave, I think you should read this and just go through the experience.

Posted by multitaskingmomma at 8:40 PM