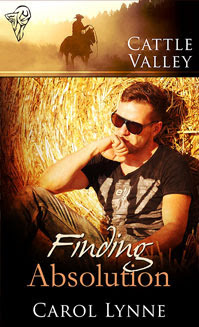 How can two men find common ground when one makes a living in the soil and the other in the surf?

Pressured by his friends, Kai and Quade, Van Duggins makes the trip from Oahu to Wyoming for the annual Cattle Valley Days celebration. Used to surfing every day, Van expects to be bored out of his mind without an ocean in sight. What he didn’t expect was to meet a man who would change his life forever.

Raised by his grandparents, Jon Porter returned home after college to help his ailing grandpa take care of the family farm. He doesn’t begrudge giving up his chosen career to help the man who raised him, but his situation has been hard on his love life.

For one week a year, Jon is able to break free of his responsibilities long enough to enjoy the Cattle Valley rodeo. It’s his chance to be the man he was born to be, and he refuses to waste a second of it. When trouble finds him on his first evening at the rodeo, a stranger with long dark hair and a devilish grin rescues him.

How can two men find common ground when one makes a living in the soil and the other in the surf?

How do I say I should not have read this in the best way without hurting the feelings, mine included, of those who are fans of the Cattle Valley Series? For one thing, this is book 29 and that number by itself is a bit astounding.

Yes, I know, I am a fan too, but isn't it kinda time to put this series to rest?

Finding Absolution is about a surfer dude falling deep, deep in love with a farmer who used to be, or could have been, an executive success if he had stayed out in the city he spent years getting educated for, in a matter of a few days, not even one week. This sounds unrealistically romantic, but truly, it came out with less sizzle than a soda standing out open for about a day or two. It was flat, it was monotonous, it was just flavourless.

That said, I am still a fan of this author for I do so love the light reads and most times intriguingly romantic and real stories she sends our way everytime.

Just not this one.
Posted by multitaskingmomma at 9:17 PM