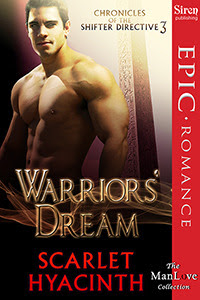 In the paranormal world, the greatest legend is that of fae prince Talrasar Myrthylar and his dragon mate, Kaelezrin Tersain. It is the story of the Great Sacrifice, a time when two warriors ended their own lives and their bond to save the world from destruction.

But their story isn’t over yet. An unexpected attack on their descendents suddenly brings them back, two men out of time, relics of a past long considered myth.However, once again their attempt to help costs them, and the two men are separated. Suffering from amnesia, Talrasar falls into the hands of an unlikely foe. A desperate Kael begins the quest to find his mate, enlisting the help of their descendents.

Meanwhile, a new political ploy threatens Ornoz and its shaky leadership. Can Talrasar and Kaelezrin navigate the murky waters of their chaotic future? Will their sacrifice finally be repaid, or is the warriors’ dream to have a family fated to never come true?

There are not enough adjectives I want to use that could effectively describe the visceral response I experienced when reading Warrior's Dream. All I can say is that it was a time well spent reading it and the box of tissues well used up. This is a tale of epic proportions and just like any great fantasy, it is large scale. Scarlet Hyacinth promised us readers this very thing and if I could quote the author directly:

"The series is meant to grow larger and larger with every story - so anticipate more angst, more romance, more tears :D."

The Chronicles of the Shifter Directive is a series that just keeps growing larger and larger as the next installments are released. The introduction of characters are well paced, the sequence of events well placed, the resolution of old issues effieciently addressed, and the revelations of what may come next give the readers just the right amount of anxiety, tension and relief.

The story of Kale and Tali is at the heart of the arc of this series. It is a complicated, difficult, and tragic story that, in lesser hands, could have given us a book that would, at most, be rated a 3 or maximum a 4. This is not so. The author not only delivered, she wrote it in such a way that made us feel for these two men more than we already felt for them when once they were just stuff of legends. These two men made the ultimate sacrifice and it was their time to love and just live, something they were never given a chance in their first lives.

The first five chapters of the story opens to readers the amazing Great Sacrifice that blows the mind of fans in its intensity. This is the same story that sets the foundation for the Shifter Directive. The battle scenes were brilliantly written and in fact, I could not help but visualize the intensities of the moments. Something which I only went through once, whilst reading Tolkien's Return Of The King. The Sacrifice itself was astonishingly emotional and yet readers know there is no other way these two men could have decided otherwise. Either they did what they had to do not knowing what the result would be or they lose their whole peoples. When both are reborn once more and find each other, that was just as emotional. The cry of Tali was astonishing in its intensity even if it was just that one word.

Then there was the revelation that it was not just Kale and Tali who get to have a second chance at life. This new and unexpected revelation almost overshadows that happy event by the appearance of Karein's twin, Rachen. His plight, his whole situation, just about broke my heart. To think that this man-child has only been around physically in the few weeks this story occurs, is heartbreaking. He is a child in the form and physique of a man whose memories are, in reality, those of his brother's and Kale's.

I could go on and on but I do not want to reveal much more of this incredible book. This is much larger than the first two books combined.

If you noticed, I rated this with a 5 Stars and enclosed it in a mathematical equation to multiply it by five. This was purposefully done. I must give kudos to this author I once dismissed as fluffy. I honestly loved the first two books of this series and its accompanying guide, however, I was a bit skeptical for I doubted that Ms. Hyacinth could in fact follow through. In my opinion, false as I see this now, she could not follow up those preceding books with something just as incredibly written. She not only proved everyone wrong, she did it with a bang and more.

I must now conclude one thing: given that this is an MM shape-shifter romance, this is in fact an epic fantasy that quite rivals some of those that I grew up loving and continue to read. I have decided to close my eyes on the next books' blurbs found in Chronicles of the Shifter Directive Companion Guide (Chronicles of the Shifter Directive 0,5). I want to be surprised for I don't want to ruin my suspense.

But then again, maybe not.

Posted by multitaskingmomma at 4:23 AM