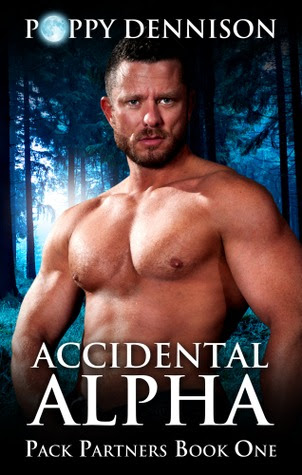 A quiet life. A break from the dangers of being a cop. Yep, Lex Tompkins has his future all worked out. That is, until fate—or rather the stray toddler from the house across the street—bites those plans in the ass. Well, technically Lex’s neck. Suddenly, he’s transformed into the Alpha of the secret werewolf clan hiding in the perfect, out of the way neighborhood of Lex’s dreams.

Now Lex is the unlikely leader of a dysfunctional pack… except for Spencer Robinson, the one shifter Lex can’t seem to keep his paws off. Will Spencer be able to teach Lex how to embrace who he has truly become?

…but fate marks its own territory.

First off, the title was the one thing that attracted me to this book - that is ahem.... the guy on the cover attracted me first... grrrr, okay, so the blurb, the title AND the guy got my attention! I admit, I am a sucker for hunky men and even if my friends tell me I have a strange taste in men, well, let me just say this guy is exactly how I picture an alpha male should look like. So there, confession over.

Now, for the book? Well, the title and the blurb tells the tale of how Lex finds himself suddenly a werewolf and the alpha leader of a pack. What the blurb does not clue us in is on how hilarious this book is! I loved, loved, loved how Lex got bitten, grape jelly and all!

Lex does not really know what he got into, his wanting to have a solitary and quiet life turns into being solely responsible for a pack of weres whose culture, traditions, rules and expectations they do not have a manual of. His reaction to Spencer was funny, what when he was totally avoiding the poor man from the beginning and finding he cannot keep thoughts and hands off the poor guy the next. Lex is in too deep and he either has to sink or learn to swim in the were pool fast!

The great thing about this book is that it is a very light read and whatever drama or angst expected in the formula are there indeed but treated mildy too. All we readers have to do is relax and just read the story. Although I found this a tad short, it is really not that short, just a fast paced book with the right ingredients of drama, angst, mating, erotica, and grape jelly.

This is obviously the first book and I am so looking forward to the next installments. My curiosity is truly tickled here and I am impatient on how Nathan plays out later on.
Posted by multitaskingmomma at 3:37 AM