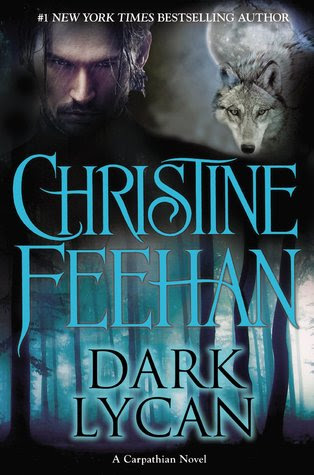 This Review Based On Hardcover Copy
My Rating: 5 of 5 Stars

Tatijana of the Dragonseekers spent centuries encased in ice with her sister, trapped in limbo between life and death, never speaking to a soul other than those who tormented her. Now, she has been freed from her frozen prison by an unknown descendent. Awakened in human form, Tatijana yearns to explore the modern world in which she now lives—a world with more mysteries than she is prepared for.

Fenris Dalka has returned to the Carpathian Mountains after a long absence to be with his brother. He is scarred by centuries of battle, and every hard-won victory. But the real reason for his return home could prove deadly if discovered by the wrong man—or woman. Upon his arrival, he is compelled by a beautiful and enigmatic stranger who carries the scent of fresh earth, of forest, of the night itself.

In time Tatijana and Fenris will discover all that unites them—their secrets and pasts, their predators, and the hot flush of passion that stirs their souls. Yet just as surely, seduced into the silvery darkness of a full-moon night, they’ll also discover everything ancient and evil that exists to destroy them.

Way back 1999, I was laid out in bed and could not move on doctor's orders. This was hell on earth for me as I am typically a hyperactive individual and can never physically stay put doing nothing but stare at the ceiling or even come close to shutting down a mind that just goes on and on and on until sleep claims it. It was at this point of "restful duress" that I was handed by my nurse the book: Dark Prince. It was from an author I had never heard of before and knowing I was a fan of vampires and things that go knock in the dark, she thought I could be calmer reading about a dark, handsome Carpathian whose emotions ran negative until he set eyes on his Raven. That was the beginning of a beautiful obsession on my part for all things Carpathian. Twenty three books later, I still drop all to read about them.

Dark Lycan is the rise of the Hän ku pesäk kaikak, or Guardians of all. These are Lycan/Carpathian mixes, darker, stealthier, quicker, and a hundred times more dangerous than the regular Carpathian or Lycan. On their own, either species is at the top of the food chain, mixed together, they are the most dangerous but unknown factor in the Dark Series. Their probability in the arc, hinted at in Dark Possession (Dark Carpathians #18), never hinted they would be something bigger. One must realize, to be a Guardian was to go through the change over centuries. And just like any Carpathian, once they claim their lifemate, they are the best, but if they turn vampire or lycan rogue, only an individual of the same mix can destroy them. These are dangerous times and poses as the turning point to more complicated issues than that of a mere psychotic mage.

Fenris is such a Hän ku pesäk kaikak, but he thought he was something else, the dreaded Sange rau. His lifemate, Tatijana, is a Dragonseeker, one of the most ancient and powerful of Carpathian lineages. She was rescued along with her sister Branislava back in Dark Slayer (Dark Carpathians #20) and had remained underground for healing all this time. She comes out to discover the world.

What I loved about this particular book is that author Christine Feehan did not waste her time in the romance which was a total given. She moved instead to pack this book with exhausting page after page of battles scenes. For the first time in 24 books, Dimitri got his ass whooped! This should not excite me, but it totally did. It's about time that guy had limitations, hehehehe and I loved it. For the first time, here is another who is more ancient than he is, more experienced, more intelligent and more lethal than any of the ancient warriors combined. Fen is all of these and yet he remained true to his people thus making him more than Dimitri. (I know this comment may drive some fans nuts but this is just my opinion so please, no net lynching!)

For me, this is the turning point of the whole series and we will be seeing something different from where it all started. This is one of the main reasons why I still drop all when I see this on the shelf of a local national bookseller here. There are just some authors and series I refuse not to follow.

(Note: This review was based on a hardbound copy. This format is equal to and exactly the same as the other digital formats contrary to some nasty rumors going on. I say this in defense of the author who is being unfairly accused of such nonsense. And yes, I have checked the digital copy and it is EXACTLY THE SAME!)