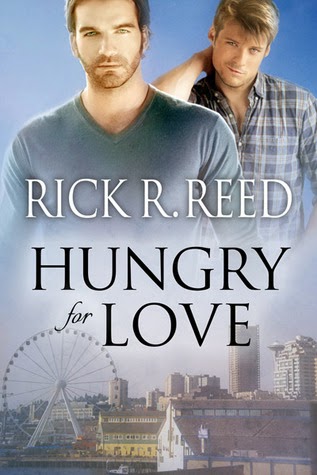 Nate Tippie and Brandon Wilde are gay, single, and both hoping to meet that special man, even though fate has not yet delivered him to their doorstep. Nate's sister, Hannah, and her kooky best friend, Marilyn, are about to help fate with that task by creating a profile on the gay dating site, OpenHeartOpenMind. The two women are only exploring, but when they need a face and body for the persona they create, they use Nate as the model.

When Brandon comes across the false profile, he falls for the guy he sees online. Keeping up the charade, Hannah begins corresponding with him, posing as Nate. Real complications begin when Brandon wants to meet Nate, but Nate doesn’t even know he’s being used in the online dating ruse. Hannah and Marilyn concoct another story and send Nate out to let the guy down gently. But when Nate and Brandon meet, the two men feel an instant and powerful pull toward each other. Cupid seems to have shot his bow, but how do Nate and Brandon climb out from under a mountain of deceit without letting go of their chance at love?

Now and again it is a nice change to pick up a light read and simply get lost in a light romantic comedy and happily, I found it in Hungry for Love. As the blurb reads, two gay men meet each other under the most dubious of circumstances involving a frustrated and relationship-hungry sister and her snarky BFF. These two women just stole the story from underneath these two men, what with their observations, commentaries and adventures into the gay man's world.

The romance between Nate and Brandon began with a fake account and that was the basis of the angst in this story. Brandon's need to have an honest relationship with a potential husband was kind of far fetched in my opinion for he looked for this relationship over the internet. But then again, there are relationships that start off this rocky way and manage to have an HEA. It was actually Hannah's refusal to let go of her communication with Brandon that rocked the situation. It's a good thing that things were soon ironed out and things got good. Then the big revelation online was done and again, the ship rocked once more for a bit before the two got their sea legs together.

I like how the author wrote about the two women. He was able to portray us MM readers and fans so well that there were times when I felt the author had been eavesdropping on some women's conversations and just wrote what he heard. It was quite a hilarious shock to read things that I and some friends have said ourselves in the privacy of our chats. I found myself nodding in agreement to some of the author's written text - especially when Marilyn and Hannah were getting drunk in the beginning. That was a laugh.

I would consider this a book a comedy of errors, something that Hannah cooked up. Good thing Nate and Brandon were looking for exactly the same thing, hit it off and managed to have their HEA, against the odds. It was also great getting to see some great authors shouted out here although I must confess that when I read the pen name, BF Mann, I tried to Google it and came up empty. I thought that DSP was hiding an author I never heard of before and was getting a bit upset, only to find out, belatedly and much to my embarrassment, that this was a pen name for Nate.

Hungry for Love is a feel-good, relaxing, light read that successfully massages the day's worries off our bodies and minds. I would recommend this for those who want to do away with some drama for a change and just get on with some light and romantic man-on-man love. With a few hilarious fag hag comments served as a side dish.

Posted by multitaskingmomma at 7:59 AM