Review: Moving On: A Mystery by Edward Kendrick 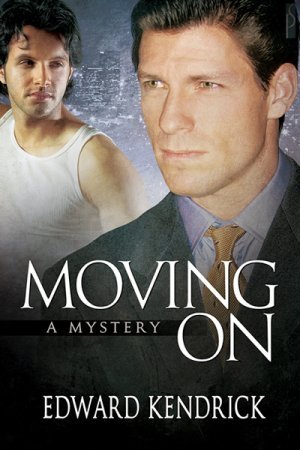 Moving On: A Mystery

When his husband, Darrin, is murdered right in front of him and the killer vanishes into the darkness, Mitch Cavanaugh must learn to move on. As he tries to gather up the shattered pieces of his life, and the police search for the murderer, he's approached by a stranger who claims to know why Darrin was killed. Then the man disappears.

Six months later, and with the police no closer to finding the killer, Mitch suddenly discovers he may now be the man's next target. It will take the combined efforts of Mitch, the police, and a new friend, Chad, to stop the killer before he strikes again.

To be frank about it, reading the blurb scared me off of Moving On: A Mystery. This is the type of blurb where one expects to be assured of a great tear-jerker mixed in with some bit of mystery. Then, another assumption would be Mitch moving on to another lover and do some tango in the sheets.

Moving On: A Mystery, as the title suggests, is really about Mitch moving on, or trying to move on after the death of his beloved husband, Darrin. This moving gets stalled when a mystery man approaches him with some mythical story and ends up dying as well. Soon, Mitch finds, along with Detective Butler, that there is a killer on the loose and it is out on a killing spree. This is where the mystery begins.

In comes Chad, and the readers are left to wonder if this guy is for real? Is this guy just the stalker/killer in disguise? Readers are also made to think: is Mitch stupid enough to go for a man with no history and take him "as-is?"  There is a real mystery unfolding here and this is where the story is focused.

There is nothing erotica going on here and the romance is really about what Mitch and Darrin had before the murder. There is a mystery that needs to be solved, otherwise, there is no way or chance for Mitch to get the closure he needs before he could move on with his life. Should there be a romance, it is implied of a chance of romance.

I really liked reading this and glad to have not had to use the box of tissues beside me. I really did read prepared for a tear-jerker book. Instead, I forgot about looking for romantic relief and got sucked into the mystery of trying to solve who the killer was and the whys of it. In the end, it was a satisfying, cozy mystery read which I totally enjoyed. The end left me hoping and smiling for the best. No, there is no HEA ending, there is no HFN either. What I did get was the closure and I knew that yes, Mitch can now finally move on.
Posted by multitaskingmomma at 6:53 PM