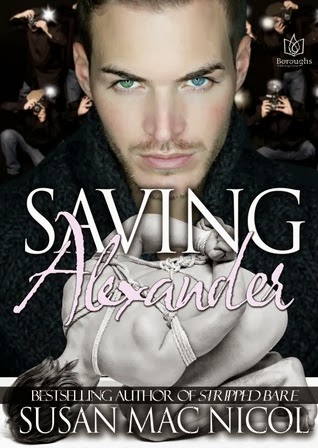 Punishing himself for a horrific past that is not his fault, bestselling author Alexander Montgomery seeks redemption and love—and perhaps he will find it.
Famous author though he may be, Alexander Montgomery is not someone you take home to meet Mother. Seriously flawed, damaged by a horrific past, he’s trying hard to claw his way back to normality. But how can anyone respect what he truly is? His therapy involves regular sessions at Study in Scarlet, an exclusive S&M club.
Then comes Sage. Tall, with black hair and blue eyes, an up-and-coming actor with impossible charm and boy-next-door good looks, he’s the perfect choice to play the leading man in a TV adaptation of Alex’s last best-seller. Even more, he is a man you introduce to your family. Which Alex would do—if he weren’t taken by another man who offers the punishments Alex prays will wipe away the past and make him the person he wants to be. Yet, perhaps there is another path to redemption. If only the solution would reach out and touch him.

Those eyes! That is what got my attention. One green, one blue.

I have had a love affair with heterochromia iridis (two colored eyes) ever since I first saw David Bowie. Since then, well, let's just say that when I see these on people or on dogs, I just fall for them hook, line and sinker. Thing is, what made me fall for this book were, surprisingly, not the eyes. It was Alex and Sage.

Before I continue to the review, I must give out a bit of warning. There are elements here involving sex therapy and S&M practices that may not be all that palatable to the unfamiliar and faint of heart. Fear not, everything is laid out brilliantly by Susan Mac Nicol and I just fell in love with this story.

Alexander has had a very difficult and painful past. His eyes were a trigger that got him into a life of pain. Although he had been physically saved from that life, his feelings of guilt and inadequacies were just killing him. His getting into therapy via the S&M club is just one that helps him regain his sanity. His writings are a way out to get his feelings in order. Surprisingly, he discovers he has a huge talent in it that soon he is a bestselling author and about to get his works on film.

Watching actor Christopher Sage from afar was what got Alex into writing the now bestselling novels and when the chance came for the films to be finally realized, he insists Sage be the man to play the main character. He gets his wish. And more.

Sage is a great guy, both inside and out. It helps a lot that he is so good looking, but people simply love him because he is the type of individual everybody loves to like and love. His history with relationships were epic failures. Until Alex.

Reading the relationship unfold between Alex and Sage was a beautiful experience. The pain Alex was experiencing was tangible and Sage turns out to be a very strong persona who was not only willing to get over what Alex has to gain through the S&M therapy sessions but to also try to learn the lifestyle and be the anchor for Alex. For once, Sage meets his match and was not willing to let go of Alex. No matter how painful accepting the other's fault may be.

The mystery element is gradual and slowly increases intensity as the story slowly unfolds. There is a sense of thrill in trying to figure out the who and the why. Ultimately, this mystery is solved and along with it, Alexander's sanity is saved.

My first reaction to reading this made me think twice. There are some things going on here that may take the unprepared readers by surprise. I am familiar with the sex therapy involving S&M, but not all readers are. It is very important to remember that these elements are done as a therapy, not as an excuse.

Susan Mac Nicol was simply brilliant in her approach to this difficult story for it is a difficult story to tell. It was just so beautifully done that I, who can be a bit judgemental, did not even flinch at some of the revelations. This book also had enough of a suspenseful element in it that it gripped me from start to finish.

So yes, this is a romance. This is a mystery. This is a thriller. The elements intertwine seamlessly all to get to one goal: Saving Alexander.


Review based on an ARC sent by author.

Posted by multitaskingmomma at 6:11 PM