Out For Blood By Mike Walker Blog Tour! 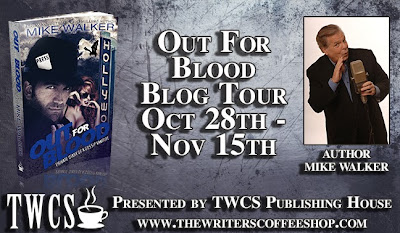 Ever since multitaskingmomma posted the Review for Mike Walker's Out for Blood, it had not moved from the blog's top ten Most Popular Posts. No need to be curious why. It is a hilarious book about the adventures of a gossip vampire set in the midst of Hollywood. Of course we get to see some of our favorite stars in cameo appearances and some anonymous. Curious? Read my 5 Stars Review Here!

National Revealer’s Clark Kelly carved out a killer career as Hollywood’s most-feared gossip columnist following one golden rule:“Everyone’s got a secret…and someone’s dying to tell it!” 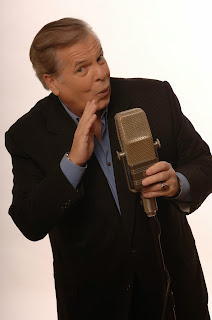 After launching his iconic gossip column, The National Enquirer's #1 feature, and his show on CBS radio nationwide, Walker became weekly co-anchor on TV's Geraldo and guested on such top shows like Nightline. After writing and hosting two successful MGM-TV specials, he created the daily series, National Enquirer TV!

Mike became the only reporter ever to write two bestsellers on one story when his books on the O.J. Simpson trial hit #1 and #5 on the New York Times Bestseller List.

Dubbed “The King of Gossip” by Publisher’s Weekly, he played his weekly “Gossip Game” on The Howard Stern Show for a record 16 years.

Author Mike Walker is the lead columnist for the National Enquirer and he still does "Gossip Games" on several media outlet.  Leave a comment on who you think the post is about.  We will reveal the answer next week.

Bopping into West Hollywood gay bar Eleven like the Queen of queens, this star hottie – with two gay guy pals in tow – curtsied and blew kisses as the crowd of surprised male-only patrons showered her with shouted “I love you’s!” Giddily basking in the worship, she suddenly raised her voice and announced she was buying drinks for all her new “boyfriends.” That made everyone – especially the management – fall in love with sexy sweetie all over again, until…it was time to pay her five hundred dollar$$-plu$ tab. Said My SpyWitness: “Flabbergasted when the bartender handed her the hefty bill, she whined, ‘Really?...You want me to pay for all these drinks? I thought I’d be comped.’ The bartender apologized and told her he’d love to pick up her tab, but he’s not the owner and he’d be fired if he did!” Fury written all over her face, StarBaby whipped out her credit card, paid up and stormed out.

So, Gossip Fans, who was our faux-generous diva? Was it:

Answer will be revealed next week, so watch out for it!

Win The Book! Like Mike Walker on Facebook to get the chance to win Out For Blood 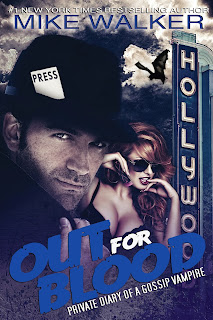