ARC Review: In Another Life by Cardeno C. 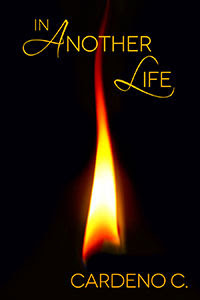 In Another Life
by Cardeno C.
Expected publication: December 1st 2013

Review Based On ARC sent by author.

At age 18, Shiloh Raben is tired. He no longer has the energy to deal with mean classmates, inner doubt, and fear of familial rejection, so he takes a razor to his wrist. When he wakes up in the hospital, Shiloh meets Travis Kahn, the EMT who saved him and didn't leave his side.

Travis is handsome, smart, and funny - the type of guy Shiloh would never be brave enough to approach. But his near-death experience has an unusual side effect: the life that flashed before his eyes wasn't the one he had already lived, but rather the one he could live. With visions of a future by Travis's side, will Shiloh find the strength to confront his fears and build a life worth fighting for?

There are two parts to this story. One part is Shiloh at 18 years and Shiloh at age 36.

Shiloh at 18 has lost hope, or think he has lost hope. He is gay and Jewish. Being bullied and laughed at in school by those who look down on him and thinking the worst of things to happen should his family find out, he opted to take the ultimate way out. However, instead of his life as he knew it flashing before his eyes, a miracle happens. He gets the full experience of meeting and falling in love with the love of his life, Travis. Through this miraculous life, Shiloh is shown that yes, things do get better and loving is just one part of it.

When Shiloh finally opens his eyes at the hospital, he reaches out to a hand and whose is it? Yes, it is Travis. But this is a young Travis. Still an EMT and not yet a doctor and definitely not a full blown smoker. Travis was the first responder to the 911 call and he never left Shiloh's side. This was not how he usually works but for some weird twist, he cannot leave the young man's side. When Shiloh responds and proves he knew of things they never even spoke of, Travis was hooked. He just fell. They clicked. They gelled. They just were meant to be.

The whole story was short as could be expected from an Advent release. The whole theme is meant to have a "miraclish holiday feel" to it - to quote Cardeno C. directly. I must say though that when reading this light, short read, it had a dreamy quality to it. I cannot really put the right words on text, but it was like I was participating in the events that unfolded in a quality very dreamlike and quite blurry. It felt so good and in spite of the sensitive topic involved, it left me with a feeling of such great HOPE. Something which could only be felt during hopeful holidays like Christmas.

When I first saw this on Cardeno C.'s blog as an up and coming release, I was just hooked on the blurb. There was something magical about this story that speaks of love, commitment, hope and faith. Yes, this is a very short and light read but it was bigger than the quantity of the text.  It made me think deeper and it reached out to something deeper inside me (and hopefully other readers). It teared up quite a bit but as the story was not sad, it was good tears. Hopeful tears.

It was a beautiful.
Posted by multitaskingmomma at 2:46 AM