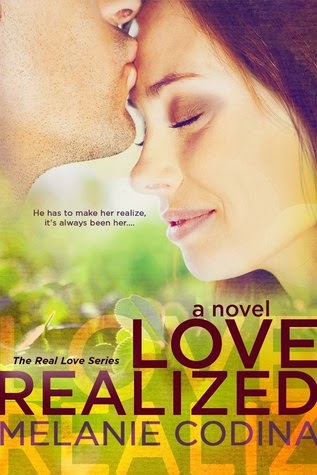 For Jake, it's always been Gillian.

It's been her since that day she unknowingly stole a piece of his heart.....when he watched her fall for one of his best friends. Resolved to the fate that she couldn't be his, he locked up the deeper emotions he felt for her and loved her as a friend. As friends, they went through it all together. Marriages, births, divorces and even death. But when a shameful secret Gillan has kept from her friends is revealed, Jake realizes that she needs him more than ever. He knew what it was like to go through heartbreak and he wasn't about to stand back and watch her endure it alone. He also knew she would turn to him for support. What he wasn't prepared for was the return of the emotions he had long ago locked away. Could he control these emotions again and did he even want to? Could he make her realize his love for her was real, or would she slip through his fingers again?

Despite the fact that this is a type of book I normally don't read, I was very pleasantly surprised to not only enjoy Love Realized, but not be able to put it down until it was done! This is true to life for me - I could literally pick out characters in the book and give them names of people I know. Not often that it happens but I totally enjoy it when it does.

Gillian is the woman you wish you could be: wonderful wife, most patient and loving mother, good friend, and a totally caring person. If you had her for a friend and somebody picked a fight with her, you'd know the other person was at fault. There is no way I could be like this (even in my dreams!) but I'm blessed with counting a few of this type of woman as really good friends.

It's this goodness that makes her husband Logan's betrayal even more painful. But her response to his actions is what makes the story great. There are not many people who can refrain from being a pushover and not be a bitch at the same time.

Jake... well, Jake. I wish he stood up to Logan in the beginning and made his intentions known to Gillian. But then, there wouldn't be a story, would there? The mere fact that he waited almost two decades and even became her best friend speaks volumes about this man. He allows Gillian to just BE, and pushes her to get over Logan without being irritating. Add to that the fact that he's an admirable dad and you can't really get any better.

I enjoyed the logical progression of events, although I did catch the few red herrings and guessed who was responsible for their problems. It was more vindication than annoyance when I was proven right so no biggie for me there. I should say that I pitied this person more than I was mad but there still wasn't really any excuse for the actions taken.

It's great that Allie's story is coming up next. I love this snarky best friend of hers. Is there any hope of a prequel featuring Sean and Morgan? This is a terrific collection of characters that Melanie Codina's brain has given birth to and their stories would probably prove to be extremely interesting.

Hey wait. Cold sweat breaking out here. Does this mean I'm still in danger of getting pregnant?!?
Posted by Ramona at 8:28 PM