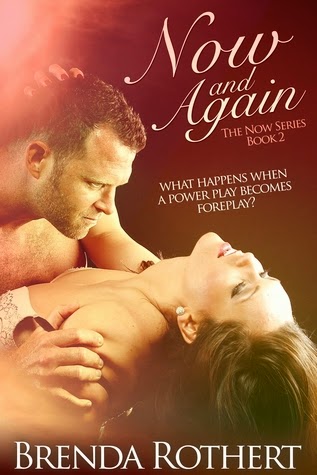 Once again, 26-year-old Layla Carson has the attention of a man eager to satisfy her. Ben Montrose, the hot, confident cop who gets off on frustrating her, is eager to show her just how arresting he can be. But as a reforming sexaholic, Layla’s sworn off casual hookups, and doesn’t miss the days of her early 20s – much.

Ben’s caught off-guard when the sexy, outspoken attorney turns him on and then turns him down. But the confident former Marine knows he can handle the simple seduction of a beautiful woman. He finds Layla’s weak spot – competition, which he happens to share – and challenges her to a game that could make them, or destroy them.

As they compete to crown the master of seduction, Ben and Layla discover there’s more to their game than power and foreplay. But as the stakes go up, they realize the game has changed, and they both stand to lose more than they bargained for.

There is the Layla I saw lurking under all that bitchiness! All those little glimpses of kindness and goodness have finally come out into the light. She's growing up! Now if Lane can only grow up too, her life would be perfect.

Ben is the best partner for this independent woman. That he's self-assured and has an iron will apart from being a natural alpha male only makes him that much better. Totally admire that control! He knows that sexy isn't only being physical but pushes Layla into exploring the emotional and mental sides more. The man lives the meaning of the word intimacy.

Then there's the dynamics between these two and the lovebirds, Emma and Cole. Layla and Ben are competing who can hold out longest in their almost platonic friendship while Emma and Cole are entering a deeper phase in their relationship. I totally expected the pissing contest between the two males and was actually happy to see Cole acting the way he did. He cares for Emma enough to be wary of Ben (I don't blame him because of what Layla put them both through) and express the anger and insecurity that's building up inside him. I like that he's not portrayed as a stereotypical perfect guy, because he's not. His ugly emotional warts are a perfect foil to Emma's pure sweetness.

Layla deserves a life far away from what she's perceived to be because she's a lot more than what people (and she herself) think. I can't stand most of her old friends; they just pull her down and treat her like a slut, which, unfortunately, she also believes she is. I'm glad that her new friends like Melanie and Ben show her she is capable of a whole lot more than one-night stands and being used.  She develops into a beautiful woman without being saccharine-sweet and finally realizes that she doesn't have to be Emma's clone to get her guy.

Finally the two sisters are living the life they deserve. I have high hopes for everything developing well in Book 3. Can't wait!