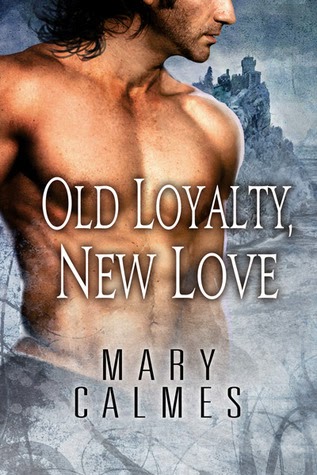 When jackal shifter Quade Danas was banished from his pack for being gay, he spent years in the military escaping his father's prejudice before returning to civilian life as a bodyguard for Roman Howell, the teenage son of a very rich man. After Roman is in an accident that leaves him physically scarred and emotionally distant, Quade is the only one who can get through to him. As Roman becomes a man, he realizes what he wants—his bodyguard by his side and in his bed. Unfortunately, Quade can’t seem to see past the kid Roman once was to the man he has become, certain Roman’s feelings are merely misplaced gratitude. But Roman knows a lot more than Quade realizes, and he’s used to persevering, no matter how many impediments life throws his way. He wants the chance to prove to Quade that he’s strong enough for a jackal alpha to call mate.

Despite the decades Quade has been away, and the heartache of his father’s rejection, his inborn loyalty to the pack remains, and his abrupt departure left the jackal shifters without an alpha heir. As a psychopath shifter staking claim as alpha draws Quade back home, and Quade feels compelled to heed the call, he may be forced to make a choice he never anticipated. But doing so means he must leave Roman behind… unless somehow they find a way to make loyalty and love work together.

Heart. Be still. Stop giving me palpitations. I lost sleep dreaming of these two already so you gotta give it a rest.

Whew! Where to begin with this one? It's hard writing a review after having gone through a Mary Calmes paranormal romance about two of most unique characters I have read so far.

So here we have, another paranormal romance from one of MM's best. We have Quade, a jackal shifter, who is also seer and alpha. A combination that not only gives him the physical size and power, but an irresistible charisma it oozed off of him. He has played bodyguard to Roman since he was sixteen, been his rock for about twelve years, and has loved this young man since forever. But nobody knows. It's a deep secret.

Roman's accident left him physically scarred and no matter after how many surgical procedures he had to go through, there was no fixing them. It was thanks to Quade, his bodyguard, that he stopped moping and feeling sorry for himself.  He matured into adulthood and became an astute businessman, a philanthropist, and, basically, normal. Well, as normal as anyone raised with a silver spoon that is.

And a whole town of their own.

And yes, let's not forget the chateau.

The plot unfolds from Quade's point of view so we readers are left out of the loop of what everyone else around him knew as old facts. For example: he never knew that people around them saw he and Roman as nothing but together. Another? He never knew that Roman knew his secret. The jackal shifter one. So it was quite hilarious reading about this alpha and supposedly domineering main character sputter in surprise when all these are revealed to him by everyone. It was also quite hilarious when he gives in to Roman all the time. He was puppy-like and so adorable.

Okay, that was the wrong word. But right at the same time. Really, Quade is an adorable puppy when around his Roman. (Now you know the secret to my fluttering heartbeat and splitfacedsmile it's ridiculous)

And no ex or wannabe anyone will ever get between them. Get it? Yups, that's Roman.

This would not be a paranormal without the usual suspects so we are introduced to an alpha-wannabe who is as devious and evil as they come but then ends up where he belonged: six feet under. So that is not the real challenge here. We also get to realize that long ago, Quade saved Roman's life by biting him. In the process, he initiated the mating.

So here, we have two men who live in a chateau and Quade suddenly finds himself alpha. He fought for it, won it, now he has to make decisions like where to live, where to base, schedule meetings and the like. He turns around and he realizes there are things going around him he never even expected. These unexpected things are mostly ironed out by Roman who is used to ironing things out. But the other things?

Well, we readers will have to just grit out teeth and wait. That. Long. Wait.

Grab your copies and enjoy this latest from Mary Calmes. It's amazing. While the rest of us who have read this get to WAIT! ugh

Posted by multitaskingmomma at 7:38 PM