Two Books Review: Inseparable and When Adam Kissed Me by Chris Scully 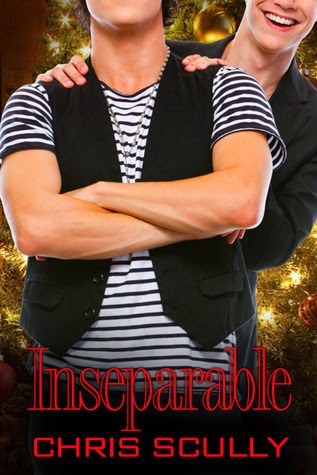 After a car accident, Adam wakes up in a hospital room with no memory and a man named Joe, who acts like his boyfriend. So when Joe says Adam is straight—and Joe’s not—and they’re just best friends and roommates, Adam is more than a little confused. But as Adam starts to fill in the gaps, the one thing that becomes apparent is that Joe is the missing piece that can’t be replaced. 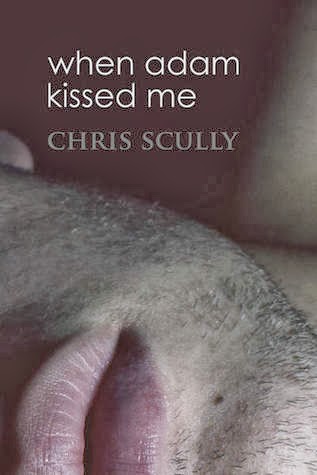 When Adam Kissed Me

Nine and a half weeks ago, Joe Massone got the surprise of his life when his straight best friend and secret crush, Adam, kissed him. At the time, Adam was recovering from an accident that left him with temporary amnesia and broken ribs, so Joe isn’t sure if he should take it seriously. Is Adam really gay? Or was the blow to his head to blame? Having secretly loved Adam since they were teenagers, Joe doesn’t want to get his hopes up and have his heart broken.

Despite that first kiss, Joe and Adam are still in limbo—now more than friends, but not quite lovers. Adam’s injuries have meant they can’t take their relationship to the next level, and for Joe, not much has changed from when they were just best friends and roommates. He starts to think neither of them is ready to take that final step.

Patience stretched to the limit, Adam makes plans to break the stalemate. But when Joe sabotages things by inviting their friends along, Adam is left to wonder if their new relationship is over before it’s even started. Before he gives up, though, he’s determined to prove to Joe he wants more than just a kiss.

A friend of mine insisted I read When Adam Kissed Me. So I did. Then I realized, somewhere, sometime, I had read these two men before. It took me some time to realize that it was from last year's Dreamspinner Press Advent Calendar that I had read the first part of this wonderful romance. Then, I had been disappointed for it left me with a taste of something great, but was left hanging with something good. Now that I have read the sequel, I can honestly say: I am in love.

It all started when Joe takes Adam home from school and asks his mother if he could have him forever. From that time onward, they were Inseparable. Joe confessing he was gay did not budge Adam, and they went on with their initial plans to live, study and work together. In that process, Adam sealed his fate with Joe.

In the first book, Inseparable, Adam meets an accident and wakes up with retrograde amnesia in a hospital. There, he was being cared for in the most loving way by someone who was a total stranger, and yet was the most familiar and right.

The visceral response Adam had on being with Joe was the clear clue that there was more to their relationship than just plain best friends. Strangers they may be thanks to the amnesia, but they fit. That is what counts. Then he finds out he is a girlfriend. Worse. He is straight.

Where the first book closed, the second book opens. When Adam Kissed Me is now told in Joe's the point of view. The first book was told from Adam's POV. It is 9 1/2 weeks later (yeah, like the movie but without the rating) and Joe is miserable. Adam is not totally healed and still feels all the aches and pains from his accident. Trying to stamp down on hid needs, he invites two good friends to watch basketball. Adam does not take this well. He had plans and they just got ruined.

It is clear when reading these two books that not only were the POV's different, but the writing style also changes. From the Adam side, it was confused at the beginning then it gets ironed out and gets quite romantic. From the Joe angle, it is all about his trying to keep the heat on without doing the final deed in bed. Kind of frustrating and this frustration stands out.

Then there is the back story of how things were like for both men from when they were kids. This back story was treated like a walk down memory lane and did not feel like a flashback. Does that make sense? The memories solidified the romance between Joe and Adam and made readers read the unfolding of a romance.


It is this wholesomeness that made it romantic and getting me  to fall in love with these two men.

Posted by multitaskingmomma at 2:33 AM