Review: Bottoms Out (About a Bottoms) by Etienne 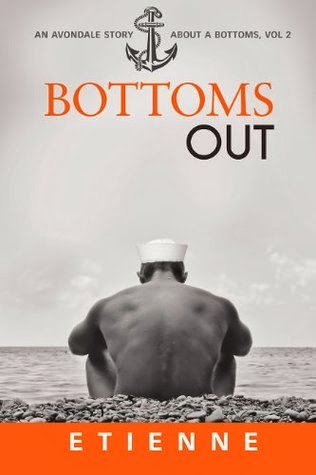 About a Bottoms: Book Two
An Avondale Story

After the death of their mother, Chris Bottoms adopted his little brother, Ted, and Chris and his partner, Mickey O’Donovan, settle down to raise him. Through paperwork left by his mother, Chris learns his brother has a deeply troubled past.

During a Thanksgiving visit with Chris and Ted’s maternal grandparents, they find out Chris’s grandfather allowed his friends to abuse Ted, so Chris severs all ties with that side of his family.

Through his job at a hospital, Chris hears of a surgeon at the Mayo Clinic who has developed an ileostomy reversal technique that has proven successful in cases like his. When Chris enters the clinic for preliminary testing, he learns he is a good candidate for the procedure and schedules the first of two surgeries for the beginning of January. A visit from estranged relatives while he’s in the hospital leaves him wondering how many secrets one family can have.

Bottoms Out is the second installment to the About A Bottoms trilogy. Opening where the first book left off, Christopher Bottoms and partner Mickey O’Donovan finally gets the answer to the question of what to do next.

As the two men and their newly adopted son, Ted, get to know each other, they go through life not really knowing if the decisions they make are good or bad. Ted gets to know the men as parents and really is a model boy for all intents and purposes. There was just one thing immediately noticeable: Ted prefers to get lost in the world of books rather than go and face real life.

Thinking that Ted is really just a quiet and shy boy, the men eventually started to realize that all was not as it should be. There were also the nightmares Ted seemed to suffer almost nightly. They soon decide to get to the root cause and their discoveries eventually trigger the drama to this story, taking our minds off the drama of Chris.

This was when I realized why the cover is the way it is. The image of a man almost defeated and with a whole lot of weight on his shoulders. His back turned from the world.

It is Chris, as he truly feels after discovering the abuse on his younger brother. His despair, his anguish and his final and very tough decision reached.

It was truly a difficult decision to make on his part as he had to weigh the pros and the cons of going for broke or keeping quiet. He had to prioritize too: vengeance or the sanity of his younger brother. Many readers will either agree or disagree with Chris' decisions.

I decided to agree. This was the part that truly made me tear up.

Almost as an afterthought, the story brings readers to where Chris finally goes ahead with the newly developed ileostomy reversal procedure. Along this plot, Chris' decision to reach out to his father's side of the family is brought forward when an aunt and cousin beats him to it and reaches out to him instead.

Will this tentative relationship bring about a happier extended family life for Chris, Mickey and Ted? Will the pain and discomfort Chris goes through to have a semblance of a normal life both physically and sexually be worth it? These are the questions left unanswered as the book ends. We will have to wait it out and read the conclusion to this intriguing life story in the third book, Bottoms Away.

The central plot development reached in this second book of the trilogy is true to Etienne's writing style. He never goes for the graphic and gory details but instead leaves his readers to imagine the worst in their own minds. This made it even more horrifying for me as a reader. Made the images somehow more vivid.

Reaffirming to me why I just so love this man's works.

Etienne may not be for everyone, especially in his approach to very difficult subject matters told in a very straightforward manner. No glosses, no flosses, no fluffs. His stories read real even when there are twists to the plot that are obviously not.

Posted by multitaskingmomma at 9:48 PM