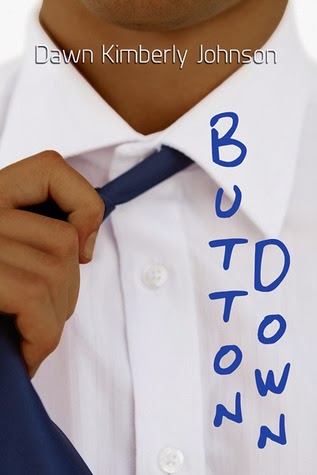 When he finds himself captivated by a movie-star handsome stranger he meets in a bar, lawyer Ford Reilly watches a simple one-night stand develop into a taste of what living honestly might bring him.

Out and proud Gus Hansen has built a small architectural firm from nothing, but could lose it all as he tries to break a contract he signed before knowing about the project’s antigay ties.

After Ford discovers he spent a passionate night with the man on the other side of the dispute he’s handling, he finds himself in more than one quandary. He can either maintain the status quo, enforcing the contract to the letter, or he can defy his overbearing father and break free of the closeted life he's built for himself in order to be with Gus.

Gus has his own choices to make. He knows the sting of loving a man who hides himself, but the longer he lingers in Ford's presence, the more difficult it becomes to deny their attraction.

I don't know what it is about stories like Button Down. They press the right buttons and I just get the warm, fuzzy feeling and a goofyfacedsmile that never leaves. Strangely enough, for such an open and real story, there is no uberness to the drama.

Here we have Ford, a lawyer, son of affluence, and gay. Closeted gay. Despite his family love, his best friend's support and love, his fear to come out to them is real and quite understandable. Especially as he lives in a community so steeped in traditions and religion. The only time he gets to enjoy himself is when he goes out of town on a trip usually assigned him by his father, the Deacon and the town Mayor.

Then we have Gus. An architect, out and proud gay sans the rainbow bumper stickers, and nursing a broken heart when his partner of three years ups and leaves to get cured of his gayness. To complicate matters, he finds himself trapped in a contract he had signed up for before he finds out that a group whose main thrust is to combat the gay disease, is the very same that is funding the project. Oh yes, this is also the same group that supposedly cured his ex.

The two men meet one night, get tangled between the sheets and go their separate ways. Unknown to Gus, Ford is the very representative who made it impossible for him to renege on his contract. Of course, Ford knows this but hides for fear of Gus' rejection. And so their story begins.

The contract was tight. Solid. Simple. Gus cannot get out of it and risk bankrupting his own fledgling business. Off he goes to surrender his plans and meets the Reilly family. He finds himself not only corralled by the charming Mrs. Reilly, but by Ford as well.

The romance that soon develops between Gus and Ford is simple, straightforward and quite sweet. The only thing that ruined the whole affair was the bigotry from a stranger who just happened to be the same one who had furnished the money for the project.

Soon, things go to a head and we read all sorts of reactions from Ford's loved ones: from all knowing acceptance to just plain bigoted. Of course, this has an HEA ending so it does end happily for them.

Now why did I love reading this so much?

Dawn Kimberly Johnson managed to make a potentially dangerous and boring plot of a love story steeped in the drama of bigotry into something sweet and simple.

This is the first I have read of Ms. Johnson and I took this chance on her after I read the blurb. It is a decision that resulted with me smiling and just feeling warm all over. It is light, sweet, romantic and simply a beautiful read that was very hard to put down.