Review: The Fall by Kate Sherwood 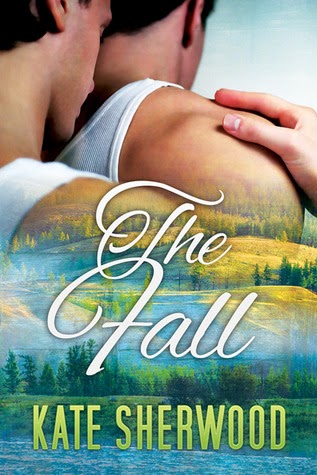 Every relationship leaves something behind. Dumped by his sugar daddy, part-time model Scott Mackenzie somehow ends up owning an abandoned church in rural Ontario. He dreams of using it for gay weddings, even if he’ll never have one of his own.

Joe Sutton is trying to keep his family together after his parents’ deaths. Between the family ranch, his brother’s construction company, and commitments around town, he doesn’t have time for a relationship. But Mackenzie is hard to ignore.

As both men fight their growing attraction, challenges to Mackenzie’s business threaten their relationship. If he can’t make it work, he’ll have to crawl back to the city in defeat. But the only solution involves risking the ranch Joe loves, and each man has to decide how much he’ll sacrifice for the other.

The Fall is a very light read but its plot is a little deeper. Here we have a really quiet, deep and a bit intense guy in Joe Sutton whose family related responsibilities are huge and his personal needs taking a back step. Then we have Mackenzie who is irresponsible, immature and there. A little shallow. A little intense. They meet, they get attracted to each other and a tentative 'casual' relationship begins.

Then there were the side issues like Joe's younger brother being such a total twerp and just reminded me of someone who was delusional in his ego and capabilities. It was quite irritating reading him, and yet Nick was such a real character.

Will these two men get their HEA? Not in this book. For me, this was just an HFN and maybe? Just maybe, the author would give us a sequel to the story of these two men. Also, I would love to read about Will. Something is not quite right with Will, relationship wise. So I am curious.