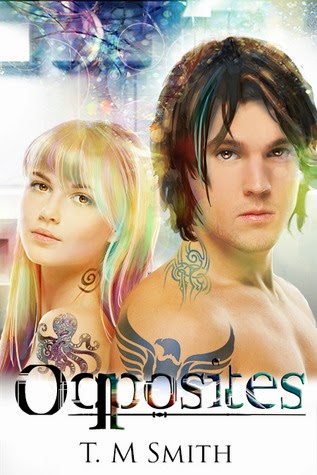 In the year 2081 our planet survived global warming of an apocalyptic scale. When the dust settled and the water receded Dr. Anthony Smith, one of only a few hundred survivors of GWI, started society anew. Having come to the conclusion that injudicious breeding played a huge role in the destruction of Earth as we knew it in the twenty first century, he worked closely with other survivors to isolate the Dionysus gene. This gene has the ability to manipulate human DNA to ensure that all male children be born gay, and all female children be born lesbians. A new society is born.

In the year 2300 Dr. Smith’s descendants are ushering in the twenty fourth century having maintained control of the government that still rules society. Twins Aiya and Aiyan are preparing to meet their matches and take control of House Gaeland, the current ruling House. But not everything is as it seems.

Love is Love.. it knows no gender and doesn’t conform to restrictions and boundaries. Aiyan has found his soul mate in Kaden, the prince of House Devi that he is matched with and eventually marries. But when the person Aiya falls in love with tests the boundaries put in place after GWI, all hell breaks loose. And in the midst of one secret unraveling, another will emerge. There is a growing anomaly that threatens to destroy over two hundred years of progression. This anomaly is known as Opposites.

*WARNING* Opposites is a majorly M/M New Adult novel that contains explicit sexual content and relationships between gay, lesbian and straight couples. - This means there are MM, MF, & FF scenes.

I first read Opposites when it was first published back in June so I really thought this one would be the same. I was surprised when I found out that this edition has not only been edited, there were parts of the story line that were changed.

This is a story of what the world could be should there be a genetic manipulation on the sexuality of the male and female human species. Based on the theory that man's inbreeding was one of the major factors that eventually destroyed the world as we know it today, the scientist and one of the few survivors of a cataclysmic event managed to manipulate man's DNA and made them all homosexuals.

When the book opens, it introduces the readers to a society so curious it could boggle the mind. Here we have two men and two women marrying, pairing up and producing children. Each royal house is set on the highest mountain peaks as the world is now mostly water. This reminded me a bit of Waterworld but that is where the similarity ends. This world is curiously simple and yet quite complicated.

We have royal twins Aiya and Aiyan who are matched to be married. Aiyan to Kaden of House Devi and Aiya to Maeve of House Orion. When Aiyan and Kaden meet, they hit it off magnificently. But for Aiya and Maeve, now that is the question. You see, it seems that an anomaly is surfacing: the Opposites or the Outkasts. And Aiya just happens to fall for Kaden's foster brother and loyal bodyguard, Sawyer, who is an Outkast. And then there is Maeve's maverick brother, Tanis, who falls for Raven, the Priest himself!

This is when things get complicated.

Opposites is a pretty lengthy and daunting novel. First, there is a huge cast of characters. Then author takes the opportunity to introduce a dystopic Earth where families rule the seven countries that survived GWI. These families each have their own set of royal family or House composed of four rulers: two men and two women. Traditions, both old and new, are fully integrated into the plot to guarantee a full picture of the culture about to be discovered. These traditions are laced with rules as set by the scientist, Dr. Anthony Smith.

Nature, however, will always find a way. Nature will fight for itself. The rising of the Outkasts or Opposites (heterosexuals) is complicating a world steeped in tradition and many questions arise.

It was fascinating to read how the lives of the young royals were to play out. The rising of an unknown, yet powerful, element is both unexpected and horrifying.

Unfortunately, the tale ends just where it gets to the most interesting part. This took me by surprise, just as I finally found the focus I wanted for this book. Frustrating as that may sound, I am also curious how the plot turns. With the new complications arising, the question of how the young royals and their foster brothers are going handle the unknown is an answer I am looking forward to.

T.M. Smith has managed to create a world that could only be imagined at in these times. Interesting, fascinating, daunting, this is a story to watch out for. And to think about.

Note: Review based on updated version of Opposites. This is a re-edited and re-released version different from the June, 2013 release.

Posted by multitaskingmomma at 1:01 AM