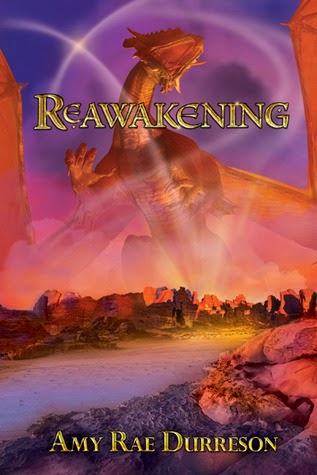 For a thousand years, since their defeat of the Shadow at Eyr, the dragons have slept under the mountains. Now their king, Tarnamell, has woken. Driven mad by loneliness, he hurls himself south until he finds and tries to claim the Alagard Desert. Unfortunately, the desert already has a guardian spirit, and he doesn't want to share. Amused by the cocky little desert spirit, Tarn retreats, planning to return in human form.

When his caravan enters the desert, however, Alagard is missing. Rumors fly of a dark power, and soon Tarn’s caravan encounters the living dead and an amnesiac mage called Gard.

Forced to take refuge in the Court of the Shells, a legendary fortress in the heart of the desert, Tarn, Gard, and their allies decide to seek out the Shadow before it destroys the desert. But to confront the Shadow, Tarn needs to gather his strength. A dragon's power depends on the love and loyalty of his human hoard, but Tarn's original hoard has been dead for centuries. Before he can face his most ancient enemy, he must win the trust of new followers and the heart of a cynical desert spirit.

A surprise high fantasy, Reawakening is my first experience with author Amy Rae Durreson and I am astounded at the story that unfolded and could never forget. As this is about dragons, it made it even more memorable.

This is a highly visual epic fantasy adventure. Written in the style where only a handful succeed, the book opens to a newly awakened dragon king who finds himself without hoard, without love. Flying across a once bountiful sea, he finds himself in the middle of a hot and seemingly barren desert where he meets Alagard, the desert spirit. Now he has found a reason to live. He had found the crown to his hoard.

Alagard, though, he is just as willy and as strong as the dragon. He rejects the dragon's claim and protects his own. Instead of feeling dejected, Tarn just feels the pull getting stronger. Knowing he has to be more familiar with this new world before he can claim the desert, he flies off to the nearest civilization and blends in as a human.

The story truly turns earnest when Tarn travels with a caravan to the desert, ready to claim Alagard and discover, instead, the absence of his spirit. Soon, Tarn and his new companions meet horrors only spoken of in the night and written about in history books. In the times when the dragon kin openly flew the skies. The Shadow had reawakened and Tarn is the only dragon known to have beaten it. The balance between the human and spiritual world is tested and the fun begins.

This epic fantasy tells of the fight between good and evil. Along the way, we meet many warriors of old as well as new ones. We read the savageness of the Shadow as it lays claim over all the land and wonder how Tarn could bring it down. When the final battle is fought, we sense the balance restored.

There is a huge cast of characters involved in this epic tale and the author succeeded beautifully in giving each one of them life. It was a stunning realization reading these secondary characters for they are just as fully developed  as the main ones. It made the read even more interesting instead of daunting.  It made me want more when I finally reached the end.

For those who love high fantasy tales of adventure, romance, intrigue, mystery and a lot of dragon action, Reawakening by Amy Rae Durreson is a read you can never, ever, regret.

Posted by multitaskingmomma at 5:13 PM