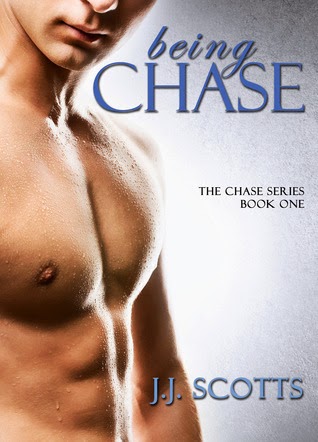 Review based on eARC sent by author.

Being Chase
The Chase Series (Book One)

Wouldn’t it be nice to be a celebrity?

Liam Collins is desperate for a job. Forced to jump to the big city, he can’t believe his luck when he suddenly gets an offer from a prestigious publishing company. Absolutely ecstatic, Liam doesn’t even bother reading the details. But on his first day of work, he isn’t ushered to a quaint cubicle. Instead, he’s brought to a classy high-rise and told that he’s been hired to be the face of the best-selling author, Chase Preston.

When Liam first meets Chase, he’s so captivated by the mysterious man’s imposing figure and deep-set eyes. Maybe Liam really did get lucky.

All Liam has to do is go to fan meetings and award events as a stand-in for Chase. It actually doesn’t sound bad, but Liam soon realizes that being with Chase is harder than it appears. Despite the challenges of Chase’s arrogant attitude, Liam puts up with it. What he finds difficult to put up with is Chase’s sexy body and brilliant blue eyes.

Even worse, the feeling may be mutual.

Liam Collins is a country mouse who ventures out to New York City against his father's wishes and miraculously lands a job only few could dream of: being somebody else and getting paid good for it. No, acting background was necessary. In fact, that was a definite no, no. Liam had to be Liam who would have pretend to be Chase. Be Chase. It is a dream job he could not afford to turn down.

Chase Preston is a highly successful author whose facial disfigurement just adds to his attraction. Rather than go out in public, he opts to hide his identity and go about life anonymously. When Liam moves in to study and be him, the situation is not what either thought it would be.

Nothing is resolved in this book as this is just the beginning of the series. What we have are two men whose fires started from the moment they meet and it simmers low and sure. For Liam, he could hardly breathe. As for Chase? Now this man is an enigma and nothing is known much of him in this first installment. What kind of man he is, we will have to find the answers on the second, third and succeeding books. What we do know now is that this is a man whose heat is difficult to ignore.

This feels like a good serial in the making. There are a lot of things left mysteriously out and if this was meant to capture my and the other readers' attention, author J.J. Scotts definitely succeeded.

I need to wait. I have to think about what comes next. I am curious.

Posted by multitaskingmomma at 7:54 PM