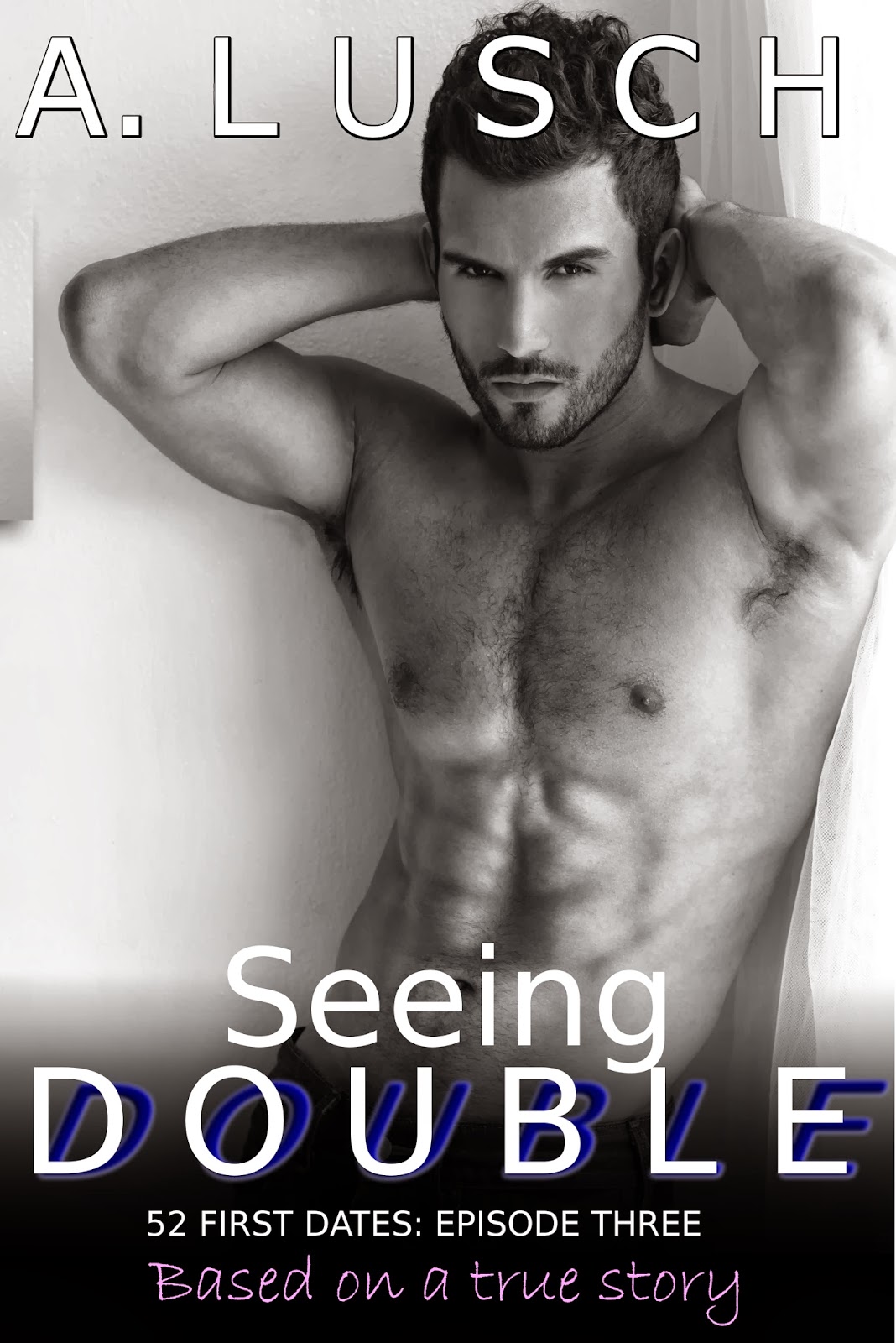 The man-hunt is under way, and David’s keen to a snag a husband without having to complete every date of his 52 First Dates challenge. With several successful meets behind him, there’s a growing feeling of confidence that his search could actually work. But now that the novelty’s worn off, finding the motivation to keep going is about to become harder.
David finds himself trying to juggle meeting new men and providing a shoulder to cry on his to battered and pregnant friends. And, with a plethora of hotties vying for his attention, things are about to get more complicated.

A. Lusch lives in London and has been though much of the same path as David – in fact – this series is based around true events.
Of course, there is MUCH more to come in the tale, but, don’t worry, now the scene is set, there’ll be many more dates per book. Is there a happy ending in sight? You’ll have to keep reading to find out.
A. Lusch fully believes in never settling, always striving for the perfect match, and never giving up on your man once you’ve found him – oh, and eating A LOT of donuts!

The boxed set contains all three books already released in the series, The Man PLAN, Friends and FRENCHMEN, and Seeing DOUBLE.

Rafflecopter code: to be sent at a later date

Here Is An Excerpt To Seeing Double

I come to the end of Spitalfields and prepare to cross the road when my attention is caught by a sexy Mediterranean man walking towards me. The chiselled jaw that I know is there is hidden beneath thick scruff. Why do I know it’s there? Because I’m having a moment of intense déjà vu as Alex, Theo’s twin brother, strolls sexily towards me. Do these two just loiter in my vicinity to taunt/treat me? In the same way that we locked eyes all those weeks ago in , we catch each other’s glance as the distance between us continues to diminish. The similarities between Alex and Theo are startling, even though I know they’re twins. This allure is the same too; both men exude intense sexuality.
As we pass each other, Alex smiles intensely, keeping his gaze on me until the last moment. I allow my heart to flutter as he walks by, and let a secret grin spread unseen.
“Wait, I’m not just gonna walk by you this time.”
I freeze as I hear Theo’s voice, though I know it’s not him but Alex. He reappears in my vision and smiles the smile I’ve seen before.
“This is the third time we’ve seen each other. Perhaps someone’s telling us something.”
“Maybe,” I grin back, clenching my jaw and feeling slightly fluttery. “I’m David by the way.”
“Alex,” he replies. I know. Now comes the conundrum; to let on that Theo and I have already had our own tryst, or to keep schtum.  I decide on the latter for now. There’s no need to rock the boat before I work out where this might lead.
“I don’t normally do this, but do you fancy going for a drink?” Alex asks without removing his seductive eyes from my own. “I’ve finished uni work for the day and was just gonna head home otherwise.”
“Sure,” I reply, still feeling slightly stunned that not only is he asking, but that this scenario has happened in the first place. The twins have now each come to my aid after being stood up by the same guy.
“There’s a little pub down here. It ain’t anything special, but it’ll do for a quick drink.”
“You mentioned uni?” I ask as he turns back to where he’d been previously walking and we make our way to the pub.
“Yeah, I’m on my last year before starting clinical rotations. I’ve got a lot of reading to do.”
“So you’re doing medicine?” He’s hot and a doctor?
“Yeah, but don’t worry, I party as hard as I work.” He smirks at me with a knowing wink. “What about you?”
“Graphic designer. I know, I know, don’t roll your eyes. There’s a lot of us about, it’s practically a gay cliché these days.”
“No, no, it’s cool. Creative types….good with your hands and all that.” He gives me that knowing wink again, sending even more flutters through me. It’s strange. Whilst Theo brought out deep surges of lust, Alex is bringing out that and additional butterflies too. Maybe there is something different about these twins after all. 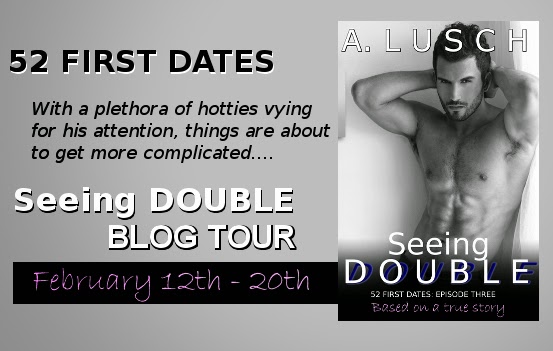 Here we are again. David and his search for husband material continues. Is it pointless? Or should he keep going until he finds the right one?

As David goes through the motions of dating, texting, messaging and more sexual encounters than he could count, he questions whether or not he should continue but his need to get to his goal of getting married spurs him on.

In Seeing Double, David's adventures with Greek twins Alex and Theo is getting to him. His obvious sexual attraction to both men is confusing. On one hand, here is Theo who is a very lusty man, but leaves David unsatisfied on the relationship level. He recognizes there is lust between them but that is as far as it goes. Then there is Alex. He is the twin and so in the looks category he is obviously just as attractive. David is confused about his feelings for this man. He is intelligent and the attraction between them is hard to define as simple lust. The question of should he or shouldn't he is difficult to answer.

As this confusion between the twins unfold, David finds himself enjoying life and beginning to dread the dating game. Especially as the initial feelings of attraction and possible future together wanes. Kind of reminds me of Sex & The City and the adventures meant to be enjoyed and yet learn from.

To find out more on what happens next, we need to wait it out (which is killing me) as David goes through the 52 First Dates. And to actually completing these.

Curious Yet? How about another excerpt? This time:

I've always been a bit of a hermit. I have close friends that I see every few weeks. I had an actual proper boyfriend, rather than just a hook-up, but that was over a decade ago. I'm quite the happy singleton. However, as I lay here with the weight of a man on top of me, a safe and protected feeling flowing through me, I briefly worry that I've missed out on years of this sensation. My blood’s pumping, carrying adrenaline and excitement around my veins as the heady mix of pheromones arouses my senses. Rav shifts his position, and I feel his lips on my neck. He's as hard as I've felt him, and he’s sliding back and forth over my arse cheeks, grinding slowly as if to purposefully tease me. Every thrust forward pushes my hips into the soft mattress below, squeezing my own hardness against the bed sheets so I feel, once again, the wet and sticky patch that's a sign of my sexual desire. He thrusts forward again, but this time his extremely hard cock catches against my hole, and I gasp out loud as pleasure rushes through my body. Rav seems to realise my intense enjoyment, for he pulls back and uses his hand to align his throbbing dick into the right position so that it’s pushing against me, tantalising me, with each forward gyration. I moan again as he reaches out and puts his arm around my throat gently; nothing aggressive, but just enough to give me an extra ripple of excitement. I can feel my cock dripping with anticipation as he continues to grind against me, my hole feeling wetter by the minute.
“You have to fuck me,” I groan quietly as I can’t bear the touch of his cock against me any longer. It’s not enough to have his throbbing head gliding slickly over my hole. I need it in me. I reach out to the bedside table where I’ve already got a couple of condoms out of their wrappers and ready to go. There’s nothing worse than being in ‘the moment’ and then having to spend a few desperate seconds fumbling with rubbers in a drawer. He doesn’t stop grinding as I’m pulling the protection towards him, and I momentarily dream of the day when I have a husband to thrust his bare dick deep inside me without any cause for alarm. Uhh, God. Just the thought of such a scenario sends a quiver through me and I moan again.
“You sure?” Rav whispers in my ear, though the speed at which he snatches up the condom makes me realise that his question is more etiquette than actual concern. If it was our first time, I probably wouldn’t fuck. Good fucking, for me anyway, requires a degree of comfort; something not normally found when sleeping with someone for the first time. But I’ve been with Rav twice before now and I’m more than ready to feel his beautiful brown cock pushing deep inside me.

Posted by multitaskingmomma at 9:00 PM