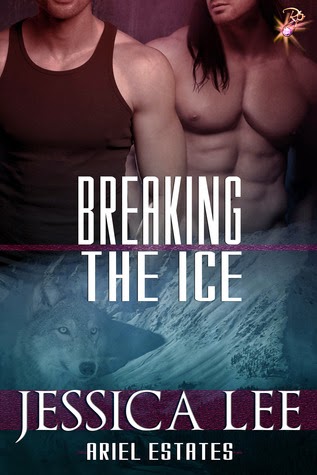 Being the last male standing isn’t always what it’s cracked up to be. Mikah Malloy is living proof. His mother and father were both killed during their individual attempts to assassinate the pride leader of Ariel Estates, Silas Murdoch. Now after the dust has settled on his bloodstained family’s name, Mikah must face life alone among his fellow lion shifters. But Silas and his mate, Theo, have decided a vacation in Alaska is just what the doctor ordered to help Mikah come to terms with his grief and his plans for the future. The only snag with their plan is trouble always has a way of finding Mikah, no matter where he runs.

Gideon Haven, eldest son of the Haven pack's alpha, would give his soul for a way off the ice. But when a hunter is out to eradicate his pack one by one, skinning them alive for their wolf pelts, Gideon can’t just walk away.

The predators have now become the prey, but they're determined to hunt down the poacher out to slaughter Theo and Gideon's pack. As for Mikah, he’s more than ready for the job. Putting one's life on the line isn’t a hardship when you don’t care whether you live or die. Even though the heat between Gideon and Mikah becomes nearly impossible to resist, Mikah is determined the tenacious wolf isn’t about to get close enough to break the ice around his heart.

I had been wondering whatever happened to Mikah after that disastrous event that led him to kill his own mother. I was wondering what kind of demons this man had to live with and how it could affect his whole personality.

Now we know. In Breaking The Ice, we have Mikah a changed man. He is not the one we read before. He is drinking himself to oblivion, he has kept himself from his friends, he cannot sleep, he hardly eats. In short, he is falling apart. The only way to get through him is by getting him out of the environment that reminds him daily of  what he went through and the guilt he is feeling.

Alpha Silas Murdock and mate Theo takes him for a vacation to Alaska to be far from it all. From all the troubles. Unfortunately, or fortunately, he meets trouble in one form or another. And then there is Gideon.

Gideon is the alpha's son and cousin to Theo. He may have all the physical attributes to make him a great leader, but his heart is not in it. He wants to go where Theo had gone, to live life outside of the pack. When he meets Mikah, it is not in the best circumstances.

There is a killer on the loose and it is preying on their pack. One by one, they are being hunted. If not for Mikah, Gideon would be pelt as well. As the men struggle with their attraction to each other, they need to focus on hunting the killer.

As the story progressed, there was really no hint on who was the killer. When it was finally revealed, it was violent, bloody and fatal. This turn to the plot startled me a bit as I was rooting for someone and I really wanted to know more. But this whole thing just exploded unexpectedly and it caught me unawares.

Overall, this would be, for me, the best of the series. Can't wait for the fourth book.