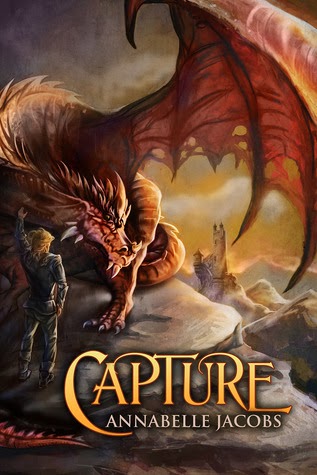 Over two hundred years ago, when dragons were hunted for their blood, the King of Torsere offered them sanctuary. In return, the dragons bestowed a magical gift on the King’s people, allowing those born with the mark to become dragon riders and forge a mental connection between dragon and rider.

King Ryneq of Torsere is undeniably attracted to Nykin, a young dragon rider. Ryneq’s sister, Cerylea, encourages him to pursue the relationship. But with the stresses of ruling Torsere, a romantic attachment is low on Ryneq’s list of priorities. Nykin admires the king from afar, but wants more than to warm his bed for a night or two.

Torsere remains under threat from the lowland armies of Rodeth and Athisi. To protect their kingdom, Ryneq and Cerylea intend to form an alliance with the elves through Cerylea’s marriage to elf prince Morkryn. On the road to the wedding, the lowland army attacks the party. Cerylea escapes, but Ryneq is captured and taken to the impenetrable Risvery Castle. In the aftermath, Nykin volunteers for a perilous mission, endangering the lives of him and his dragon. The odds are against him, but Nykin will risk everything for his duty and his king.

Here we have a kingdom under threat. A king and his sister in dire need of assistance and protection from the most unlikely of allies, the elves. The only way to gain this protection is to marry the Princess Cerylea to the elven prince Morkryn. King Ryneq is hesitant for along with the deal comes questions which answers he is unwilling to reveal: of dragons, their riders and their magical bond.

Faced with no choice but to answer the questions, young dragon rider Nykin and his dragon Fimor are tasked by the king to provide the show and tell. Nykin is young and handsome and Ryneq is caught between his growing attraction and his duties as king. With his head firmly set of the politics of the marriage and the threat of war, he sets aside his personal feelings. On their way to the wedding, their party is ambushed and despite dragon protection, he is captured.

Nykin's need to protect his king overrides his own attraction to the man. Knowing he may just be the only one to pull it off, he volunteers to go into enemy territory and attempt to rescue the king. This is when the turn of events turn from a simple story into a gruesome tale of torture, Nykin's selflessness, and his ultimate sacrifice.

Capture may not be high fantasy but it may just likely turn to one should the turn of events in the succeeding books reveal what may have been left out in this first book. It is the first of the Torsere Series.

A fantasy world of elves, dragons, dragon riders, kings and princesses as well as villains and psychotic sadists, it was a fascinating read, quite hard to put down and visually graphic in many of the scenes that set my teeth to grind, my heart to pump and to cringe in horror.

Posted by multitaskingmomma at 7:38 PM