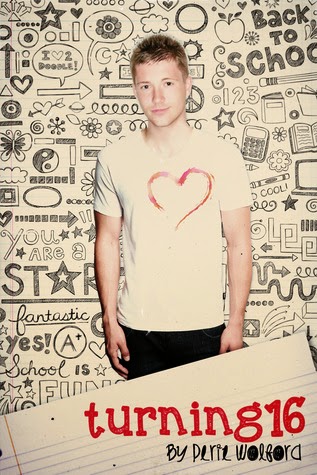 Disclaimer: The plot of the books substantially varies from the John Hughes movies and all the references to the movies are made as a tribute to their awesomeness.

It is Sam's birthday. He does not have good memories of his past birthdays. As he struggles to get through this one day, he connects with Mitch in detention. Mitch is a jock he found cute, but not as cute as Jake (not the movie Jake, Sam's Jake). To make his day even more confusing, he meets eyes with Jake. Yes, his crush Jake, the quarterback with that dreamy smile. His body is not bad either.

Thinking his day is finally over, more problems meet him when he gets home. His aunt, uncle and their five kids have moved into their house, temporarily. His room is now, temporarily, the laundry room. Worse, his birthday is delayed.

And so starts the comedy of a birthday that does not just last one day, or two days. It lasts for one whole week. What could be worse than that especially as this is the one day (or week) he now has to deal with all of the bad luck? The only glimmer of hope is that Jake is finally interested in him. Then again, so is Mitch. What to do? What to do?

My wishes came true while I was reading this book. The story is just the perfect coming of age comedy to read after reading quite a few dramatic filled ones throughout the week. So I do see this as a saviour for my sanity of sorts. Instead of crying, or getting frustrated, I found myself snorting with laughter and giggling in between. It did not help me at all every time a well placed image popped out from the page for it made the whole feel of the book just far more visual than it already was.

Turning 16 by Perie Wolford is probably one of the best reads about a young man and his finding love at 16. It is funny, engaging, and a very light read. I never was able to put this down last night so I did manage to read this through just before going off to sleep. It was simply a blast and I loved every minute of it.

Did I mention this was super romantic? If I did not, I will.

It was super romantic and made me smile huge! So huge!

Posted by multitaskingmomma at 5:20 PM