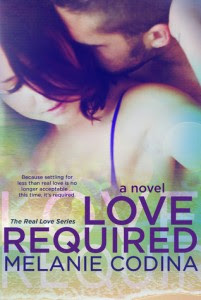 Jason Michaels knows second chances are very much a part of “happy ever after.” He’s seen it firsthand, more than once. So when will it be his turn? He has a great group of friends and family to share his life with, but he knows there is one thing still missing. Love isn’t something he’s been avoiding, he just hasn’t found it yet… or has he?
Tori Peterson has made mistakes in her life, but they all pale in comparison to her marriage. Luckily, she’s a woman who quickly learned from her mistakes. Doing everything in her power to escape the man who promised to cherish her, she builds herself a life she can be proud of. Never again will she be fooled into being with a man who she might love. She knows she has too much to lose. Her hope? That she will recognize real love when she finds it. Her fear? That her past will catch her before she has a chance to find the love she deserves, the love that is required … So what happens when her hopes and fears catch up to her at the same time? 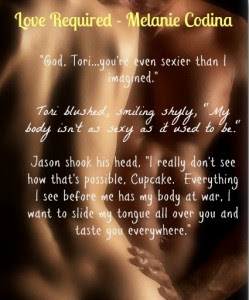 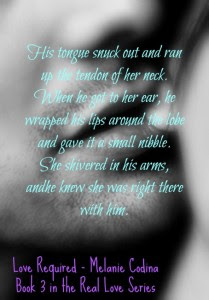 
Third in a series could be taken as a warning sign that the author may be running out of good ideas, but Melanie Codina totally bucked this trend with Love Required. Apart from creating a totally different storyline from the first two (aside from the requisite happily-ever-after, of course), she's introduced her strongest heroine yet in Tori - who is the best partner anyone could have picked for the wackily sweet Gigantor otherwise known as Jason.

Survivors of abuse can either implode or become terrific role models and I'm glad that Tori is among the latter. How she was able to rebuild her life after living through such a nightmare is something I pray could be real for people out there in their own personal hells. This is a beautifully tough woman that anybody of whatever gender and background could emulate. No wonder Jason fell for her after just one encounter.

Jason is a quirky kook and that makes him the perfect uncle for his mixed bag of nieces and nephews. But he can be too perfect sometimes (in my opinion) with how he talks to Tori. I don't think there's a man out there that can be that voluble and not have foot in mouth at times! Thankfully, his few flaws like being insecure, or grumpy, or impatient, make him more human. He was a character I really enjoyed in the first two books, especially in my favorite alpha male boy-band scene, and I can say he did get the story he deserved! Tori's tongue in cheek humor stands up to his outrageous teasing just fine.

But what truly makes this a new favorite for me is the mix of drama and action that I didn't get in the previous books. By the last few chapters, I was already picturing Jason as a Liam Neeson type in "Taken" because of all the intrigue. I like! Though, that fast pace also meant the movie in my head was over all too soon. Can't have it all, I guess ... Hahaha.

Ms Codina, I know the kids' books are coming next but I recall you saying Logan will have his story told, too, since everyone deserves a second chance; and, after Love Required, I now fully agree with you. So, when will you tell his tale? 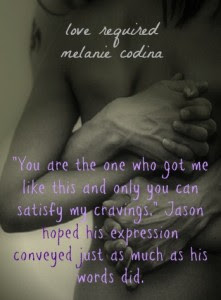 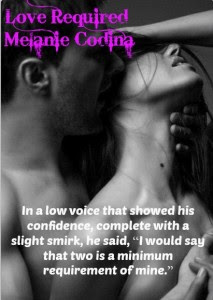