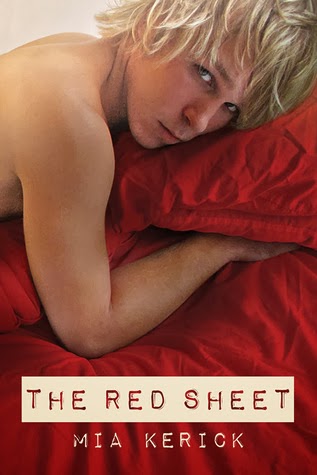 One October morning, high school junior Bryan Dennison wakes up a different person—helpful, generous, and chivalrous—a person whose new admirable qualities he doesn’t recognize. Stranger still is the urge to tie a red sheet around his neck like a cape.

Bryan soon realizes this compulsion to wear a red cape is accompanied by more unusual behavior. He can’t hold back from retrieving kittens from tall trees, helping little old ladies cross busy streets, and defending innocence anywhere he finds it.

Shockingly, at school, he realizes he used to be a bully. He’s attracted to the former victim of his bullying, Scott Beckett, though he has no memory of Scott from before “the change.” Where he’d been lazy in academics, overly aggressive in sports, and socially insecure, he’s a new person. And although he can recall behaving egotistically, he cannot remember his motivations.

Everyone, from his mother to his teachers to his “superjock” former pals, is shocked by his dramatic transformation. However, Scott Beckett is not impressed by Bryan’s newfound virtue. And convincing Scott he’s genuinely changed and improved, hopefully gaining Scott’s trust and maybe even his love, becomes Bryan’s obsession.

With a foreword by C. Kennedy

“Be my date to the Valentine’s Day dance.”
I shit you not, at those words Scott literally bounced out of his chair like it had electrically shocked his ass.
“We can rent black tuxes and red bow ties, and maybe go out to dinner first, and then dance together all night.”
Scott stepped back from the table and glanced down at me sort of sadly. I noticed his eyes were suddenly rimmed in red and looked a little bit puffy. “I appreciate the invitation, Bryan, but nothing has changed between us.”
I think I may have actually winced from the physical effect I felt in my gut at his honest rejection.
But then he took a deep breath and spoke again. “No, that’s not exactly true. Things have changed between us. I don’t hate you anymore. But I cannot forgive someone who claims not to remember… not to remember…. Well, I suppose you already know what I’m talking about.”
I looked down at my half-eaten corn muffin, a poor substitute for my beloved anti-Green omelet. “I don’t remember, but I am sorry. So fucking sorry.” I rubbed my face a bunch of times, a futile attempt to release some stress. When I glanced back up, Scott was gone. And although what I wanted to do more than anything else was to drop my head down flat on the table and cry, I somehow managed to lean over to the girls at the next table and utter weakly, “You may want to think twice about consuming food that is served in Styrofoam containers.” I didn’t hang around long enough to give them my full explanation, though.
There was a bathroom I needed to hide in.

The Red Sheet is about a young man coming to terms with who he really is. He had to deal with actions he should never have allowed to happen, his inability to accept it ever happened, to his learning to stand on his own and be the person he really is, without apologies. He had to deal with bullying, from both ends of that act: as the one who bullied and as the recipient of the bully. His final acceptance of reality paved the way to his becoming a better individual. His strength, he earned from finally accepting what and who he was. His salvation, from the boy who had the strength to forgive.

The brain is a funny thing. When it perceives a trauma, it protects itself automatically. There are some trauma that are so hard to fight against and shutting down, denying or even twisting reality, are not enough. At times, it makes changes on memories, behaviours and personalities, and the individual will never know what hit them.

The Red Sheet is a bizarre tale of 'motivated amnesia' coupled with that curious malady called 'hero syndrome.' We have Bryan Dennison waking up one morning to an inexplicable need to wear a red cape, something like Superman would. He goes about his daily life a changed individual, his mother, his neighbors, even his friends find him weird. He has an inexplicable need to nurture, to help, to be a savior. To wear the red sheet. How this happened, he does not know, and really, he did not think he should know as, he thought, he was like this all the time. Right?

Then he encounters Scott Beckett.

Why this boy is troubling him, making him feel things he never thought he would, he could not understand nor explain. When he finds out that he had done so much hurt to Scott, it explained a few things, but not his curious need to be heroic. That is what the brain does: it will try its best to resolve a trauma. It is an instinctive defense against a memory so painful, it is unacceptable to face. In Bryan's case, the change was to be  a hero, someone who is there to save the day.

To never remember that painful memory.

Is he insane? No, definitely not. Did the trauma change him to such an extent he goes through a personality change? Maybe. It is difficult to be conclusive, this is fiction after all and artistic license was much used. The fact is, Bryan changed, for the better. Be it willingly or unwillingly, it does not matter. His brain recognized the need to change, and it took matters into its own control.

I liked the way author, Mia Kerick, made use of such inspiring poems and poets. Her use of Gandhi's lessons on life, to her use of Robert Frost's The Road Not Taken, incidentally, my favorite, solidified her story.

As for the subject matter of bullying, this was handled so beautifully it gave readers a glimpse of what it can be from both ends. It is an evil and unconscionable act, one that has to be nipped in the bud. It is an act so frequent that many now mistakenly consider this 'normal.' Truth is, it is a heinous crime.

This is a gently but intensely written tale of how the brain can defend itself, of Bryan's journey to his realization of truths and his path to maturity. Quite an unforgettable read.