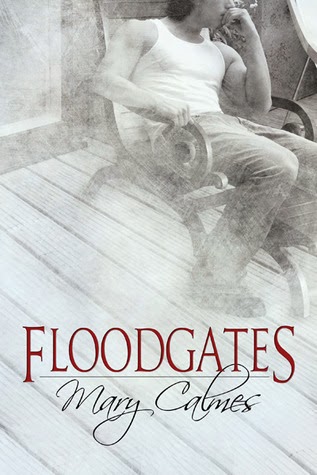 Tracy Brandt considers himself a lucky man. He has a wonderful family, good friends, and a dependable job. His love life, however, features a cheating ex who, though out of the house, is not yet out of the picture—with a past that just might get Tracy killed.

Homicide inspector Cord Nolan wants nothing more than to show his best friend’s little brother that he’s a reliable man, but to do that he’ll have to get Tracy to look past the player he used to be. It'll be a tough sell; reputation is everything, and Cord's is tarnished by his past indiscretions.

Tracy and Cord have spent five years trying to suffocate their fiery attraction under a blanket of grudging antagonism. When Tracy finds himself with a target on his back, Cord finally has the chance to ride to the rescue and break through the dam of Tracy's reserve. But he’d better be careful: if Cord is breaking the floodgates to wash away the past, he's going to have to hold tight to Tracy to make sure they're still standing when the tumult recedes.

Written in the typical Mary Calmes style, where sappy is great, love is overflowing, and HEA is a given, Floodgates is about bookkeeper Tracy Brandt who gets threatened and stalked but never loses his humor. He is not the typical boring and nerdy bookkeeper. He is, in fact, partner to an import/export business. What he sees as an ordinary business though, others see as something else entirely. You see, his partner, Dimah, is a Russian. With some mob ties?

The book opens to an action scene where Tracy runs for his life. He is, once again, mistaken for another. Or at least, in this instance, his office is mistaken for another. His Russian partner's brother's office, to be precise. To the rescue comes his older brother, Alex, a DEA agent. Tagging along, is Cord Nolan, his brother's one-time partner whom Tracy's had a crush on for some time now. Like, five years. Shrugging off the whole shooting incident, he manages to irritate Cord. It's to be expected, Cord was always and will always be like this. So will Tracy.

As he tries to relax into normalcy, his ex-boyfriend walks into the picture and back into his life. Someone he does not trust but cannot seem to get rid of. Tracy is too kind-hearted this way. Irritating habit, but he can't help who he is. This ex, Breckin Alcott, is just one of the most frustrating exes in a book ever written. He keeps trying too hard but fails on every single promise. No wonder Tracy is tired of him and loses trust. Thing is, it is this Breckin that is the root to all of the problems and the bullets flying, a death by fire and bomb threats.

Now Cord, he has been just waiting for five years, waiting for the one chance when Tracy finally notices him. True, he was considered a prowler and one-night-stand-kinda-guy, but, with Tracy? He just wanted white picket fences, a dog, and kids. If only Tracy could see him. Well, he got his chance. Breckin is out of the picture, or is supposed to be, someone is threatening Tracy and he has the capacity to do something about it. That's what his badge, gun and rank are for.

Floodgates was quite an interesting and entertaining read. As per usual, this is Calmes' pure fiction where we can all dream of men who are just too sexy for their own good and who find love and trust in each others' arms. It is light, it is funny, and it makes the readers smile. This is what makes Mary Calmes a one-click for me.

I needed my Calmes fix, I got it. Now I want the next one!

Posted by multitaskingmomma at 5:53 AM