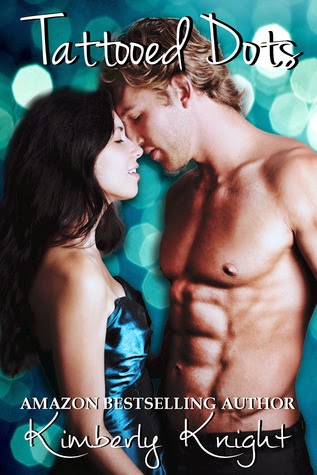 Easton Crawford put his modeling career and good looks before his marriage until it was over. Years later, he is finally learning how to be the father his daughter needed him to be. He’s not looking for a new mom for his daughter—just nightly casual hook-ups. When his best friend, Avery, convinces him that a good way to meet a lot of single women is to go on a single’s cruise, Easton finds more than just a hook-up when he meets a fellow cruiser, Brooke.
Brooke Bradley has taken care of her younger sister, Bailee, for most of their lives. While their mother was enjoying not being a mother, Brooke became the adult in the household at thirteen. She had always taken care of the people in her life, especially her boyfriend, Jared. If it wasn’t for Brooke, Jared wouldn’t know how to function throughout the day.
When Brooke’s best friend, Nicole, gives her a gift of going on a cruise without telling her that it’s a single’s cruise, will Brooke find someone willing to be her constant and finally leave Jared?
Brooke and Easton learn that people are brought into their lives for many reasons. Over time, they find out what those reasons are. Some are to be a temporary acquaintance while others are there for life.

Tattooed Dots is nothing like what I expected. After reading the blurb and seeing "singles' cruise," I thought Kimberly Knight would be writing a novel full of hot, random sex and a lot of drunken fooling around. Then as the story progresses, there's none of that (at least between the main characters but lots with everyone else), which leads me to one of the deeper romance books that I've read in a long while.

Easton is one of those men you'd hate at first glance - a shallow, sex-craved flirt. Then, digging a little more, there's this single dad who would do anything for his daughter, including flirting with every female in his bar for tips to augment his income. Of course he enjoys the fringe benefits, but, well.

Brooke has always had to be responsible. Being a kid raising another kid because of an absentee mother is no joke. Unfortunately, she's done raising her sister and gotten on to another kid - her boyfriend.

These two have best friends who totally have their backs and get them away for a few days in a singles' cruise for fun without recriminations. They meet, get seated together, then get thrown together while essentially being in the middle of a huge party.

What surprises me, though, is while Brooke acts like the adult she's portrayed to be, Easton mans up and actually keeps his junk in his pants because he respects her and wants to start off right! Whoa! Not many guys like that, even in real life. Much more in book world, where jumping in bed within five minutes of meeting sounds perfectly normal.

He then goes on to show how much more of a perfect man he can be by supporting her when she goes into a series of crises. With his daughter in tow, they're a formidable team in showing Brooke just how much better her life could be.

I can't say more without giving away the plot of the story but I will say that I can't wait to read the next in the Halo series. I know it's about Nicole and Avery but it will give me more about Brooke's and Easton's relationship, too. I think I'm in love!