Author Bio
Rainy Kaye is an aspiring overlord. In the mean time, she blogs at RainyoftheDark.com and writes paranormal novels from her lair somewhere in Phoenix, Arizona. When not plotting world domination, she enjoys getting lost around the globe, studying music so she can sing along with symphonic metal bands, and becoming distracted by Twitter (@rainyofthedark). She is represented by Rossano Trentin of TZLA. 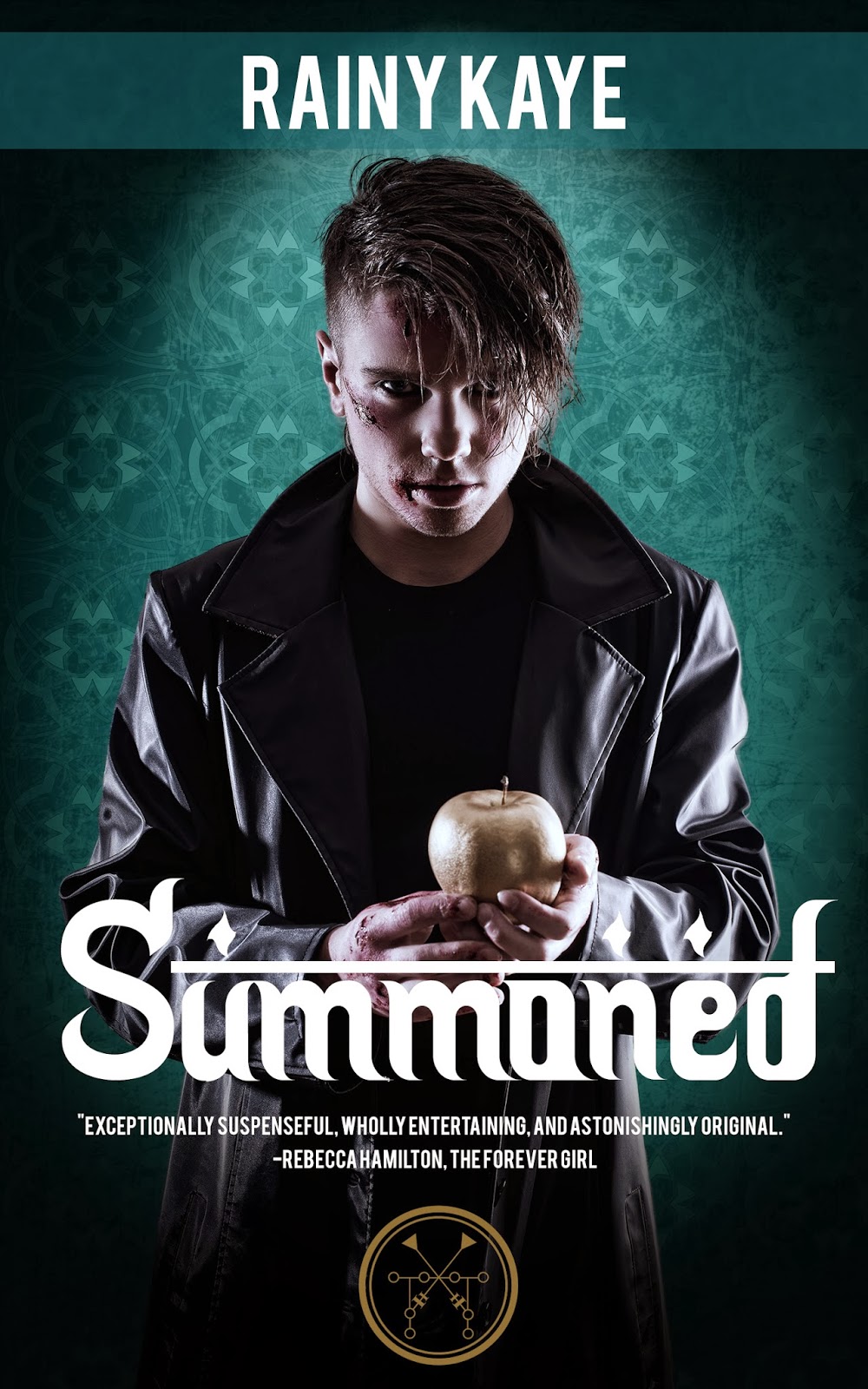 Twenty-three year old Dimitri has to do what he is told—literally. Controlled by a paranormal bond, he is forced to use his wits to fulfill unlimited deadly wishes made by multimillionaire Karl Walker.

Dimitri has no idea how his family line became trapped in the genie bond. He just knows resisting has never ended well. When he meets Syd—assertive, sexy, intelligent Syd—he becomes determined to make her his own. Except Karl has ensured Dimitri can't tell anyone about the bond, and Syd isn't the type to tolerate secrets.

Then Karl starts sending him away on back-to-back wishes. Unable to balance love and lies, Dimitri sets out to uncover Karl's ultimate plan and put it to an end. But doing so forces him to confront the one wish he never saw coming—the wish that will destroy him.

Summoned is represented by Rossano Trentin of TZLA.


If you enjoyed fairy tales as a kid, then Rainy Kaye's Summoned is a book for you. Loosely based on Aladdin, it uses a unique point of view - how does the genie look at the story, especially when the evil magician gets his hands on the lamp?

Dimitri is no ninja assassin; in fact, I think he would have gotten himself killed or arrested were he not a jinn! His genie bond saves him several times and also helps point him in the right direction when he is hunting for his prey. But it seems that he doesn't enjoy being a genie. He has nothing: no family, friends, or life outside of his job. That is, until he meets Sydney.

Now there is a woman of contradictions. Syd's shy but has no problems barreling into Dim's life. She looks like a rocker but is a nerd. She also has a lot of secrets, even more than those Dim is forced to keep.

The storyline unravels slowly and Dim begins to realize that his master Kurt's wishes, while seemingly unconnected, tie into one gigantic feud that involves more people than Dim is willing to make disappear.

The only things I would have liked to change would be a little more insight into Karl.  For me, he turned out to be one of those distant evil overseers and not the sadistic, obsessive-compulsive master he could have been. Then there is the matter of the last few chapters of the book. They were really, really good! I just wish the pace here was also echoed in the beginning parts.


Overall? I absolutely like the original spiel of this story. I don't think I have read any like it (except for hearing about absolute power stuffed into a teeny-tiny box) and I hope to come across something this unique again.

Find out more at http://www.summonedtheseries.com 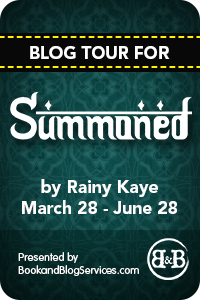