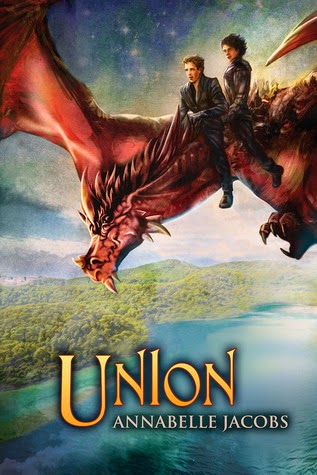 After the defeat of the Lowland Army at Torsere and with King Seran on the run, King Ryneq and his sister, Cerylea, continue their journey to the Elven City of Alel to proceed with the union of the two realms. Fully recovered from his injuries and newly announced as King Ryneq’s Consort, Nykin returns to his duty as a Dragon Rider in the King’s army. He and Ryneq have little opportunity to celebrate their union, but make the most of their time together before leaving for Alel. Since the ambush at Neest River destroyed the main bridge, traveling by ship is the only option. An unusual storm threatens their crossing, making Ryneq wonder if some new magic is rising against them.
As the wedding between Cerylea and the Elven prince Morkryn approaches, the dragons sense a malevolent presence. To protect the young couple’s fragile bond, Nykin and his dragon, Fimor, take to the skies, setting up a patrol along the border of the magical city. But as the evil grows more potent, the enchanted boundary grows weaker. Ryneq and Nykin must combine their strength to protect their people from Seran’s extreme plot for revenge.

Nykin has finally recovered from his ordeal under the hands of Seran and with Cerylea's impending union to the Prince Morkryn, there is a need to establish his position by Ryneq's side. He has to be officially recognized as the King's Consort before they travel to the Elven Kingdon. All of these come to pass without much ado or stress, but Ryneq is suspicious of the seemingly quiet Seran. As they travel through the calm waters that separated the Elven kingdom from Alel, the dragons find themselves faced with old black magic they have to collectively fight against. Nykin and Fimor find themselves patrolling the Elven skies and were the first to detect the gradual breakdown of the magical borders. Together, Rykin and Nykin will face Seran's wrath and black magic.

...and Torsere has just turned from a simple fantasy adventure into that of high fantasy.

Union begins where Capture left off so it is very important to mention that these books should never be considered as stand-alones. Here, things that were left unsaid and unexplained are finally revealed and are made out, but then this one also opens more of the mysteries of this world.

Ryneq's and Nykin's relationship has gotten stronger and Ryneq is showing fully his possessiveness for his consort. The change in his character has endeared him to his people as they clearly see his happiness. The two men are solid partners in this book with their love for each other.

The story unfolds in a calm manner, even in the midst of drama and action that comes out of nowhere, just like Seran's method of attack. The power of the dragons are also established more fully here. These are an old creature whose knowledge even the elves have forgotten. The marriage of Cerylae not only unifies the two kingdoms and strengthens its borders, it also reveals the strength the dragons hold over the Elves and their magic. This book hints of more things to come, more forgotten knowledge coming to the fore. With the attack on the Elven borders, it is soon clear that the elves will also benefit from the union. So the balance tips now in favor of Ryneq and Nykin.

I find myself loving this story more than Capture simply because more of the Elves and dragons were revealed here and a lot of holes from the first book were finally laid to rest in this one. It is also clearer, with this read, that the role of Nykin and Fimor  will become more than just the Consort/Dragon rider and dragon army strength. The knowledge the dragons have kept alive within their minds for millenia are a treasure that will be revealed in the succeeding books... which just makes me now impatient for what comes next....


Posted by multitaskingmomma at 8:20 PM