Review: When White Fades to Black by Joe Conlan 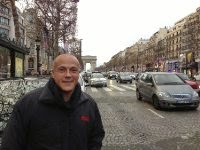 Joe Conlan received his undergraduate degree in psychology and his law degree from the University of Florida. He prosecuted both misdemeanors and felonies in Broward County for three years and then spent the remaining twelve years of his law career trying civil cases in the South Florida area. Conlan loves to spend time with family, friends and his two best girlfriends who just happen to be Rhodesian Ridgebacks.
Website | Facebook 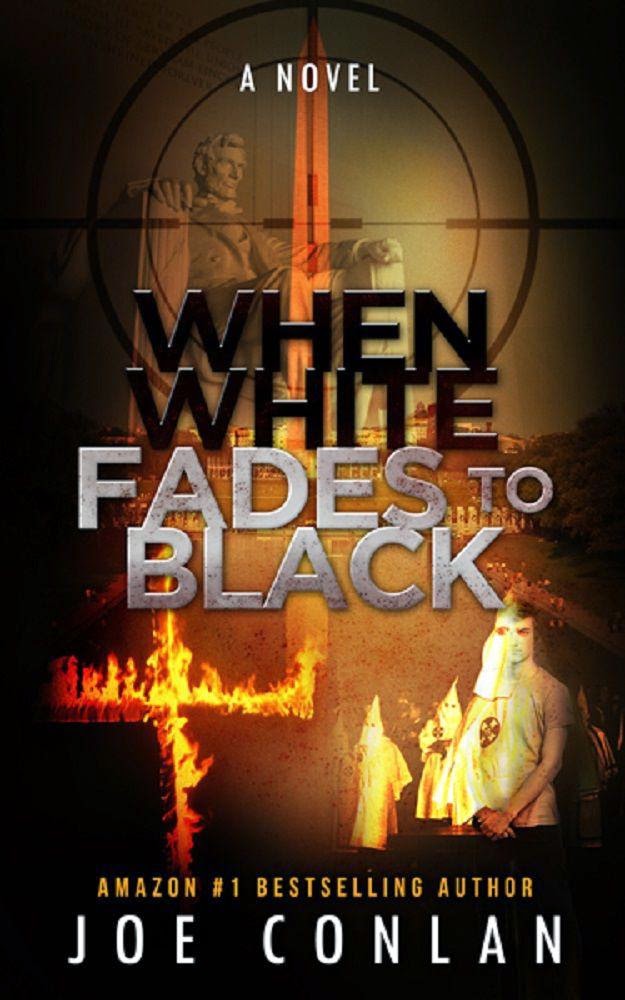 When a healthy, liberal U.S. senator suddenly falls ill at a political fundraising event, he is rushed to the hospital for emergency treatment, but dies hours after being stabilized. Miami-based FBI Special Agent Daniel Falcone is called in to investigate. He quickly suspects foul play. As he searches for evidence, a torrent of domestic terrorism is unleashed upon the nation. An African-American church is bombed. A mass shooting devastates an event to commemorate the Holocaust. Mayhem tears through a Mexican-American charitable foundation and a deadly explosion rocks the downtown Manhattan Federal Building.
As the pressure mounts, Daniel must race to protect the veritable future and freedom of America. A page-turning thrill ride, which pits the very best against the very worst of the United States. When White Fades to Black is a provocative, multi-layered and wildy engrossing tale that will captivate, resonate, entertain and haunt, long after the final page has been devoured.

Joe Conlan has come out with another nail-biter with When White Fades to Black. This is a more realistic, scarier, tighter story than Nameless (if you haven't read this one yet, then shame on you!), his first novel and the introduction to this book.

After that gory thriller, I expected another incongruous experience of beautifully written text describing grisly killing sprees of an unnamed serial killer with a fascination for blood. Instead, he was given nominal mention while we experience a day in the life of top FBI agent Daniel Falcone, three years after his unforgettable encounter.

Work takes over his routine when a close ally of the President suddenly takes ill and dies. Everything points towards an assassination based on his backing issues that are unpopular with some and life-changing to mainstream America. Daniel is tasked to head the investigation, just as domestic terrorism wreaks havoc throughout the country.

Annie Byron is slowly getting herself back to normal after her near-death experience with the psycho killer that was stalking her. She's opened a private law practice when several unconnected clients seem to be relevant to Daniel's case. This provides him with leads that send him across several states at breakneck speed to get the peace and order situation under control.

A psychopath is a definite requirement here, and it's one even scarier than said serial killer. These people could be (maybe they are already?) your next-door neighbor, your government official, the person sitting next to you at the cafe. They're not just nameless, but faceless, benignly integrated into your life. AND they could just be the cause of your death, just because you are who you are.

Racial prejudice plays a big role here; if you're easily offended, you are forewarned. It's a sorry truth found worldwide and a plausible threat that could horribly change the social makeup of the United States or any country. The questions that all these boil down to are: How much are people willing to sacrifice to protect their way of life? How important are your rights compared to other people's? How tolerant are you, not just of race, but of culture, creed, and social status?

I am so happy! Nameless was NOT a fluke, as proven by When White Fades to Black, and I am looking forward to being on the next scary ride that comes out of Joe Conlan's mind!