I get this huge dorky grin on my face when I receive a message from someone who has taken the time to read my book. I know readers have a choice in a sea of many options. I'm humbled when someone chooses one of mine. Thank you. ~JR
About me...
Jaime Reese is the alter ego of an artist who loves the creative process of writing, just not about herself. Fiction is far more interesting. She has a weakness for broken, misunderstood heroes and feels everyone deserves a chance at love and life. An avid fan of a happy ending, she believes those endings acquired with a little difficulty are more cherished.
...and yes, it was totally weird reading something about myself in 3rd person :)
Where am I?
Website | Facebook | Twitter

After surviving ten years in prison, Cameron Pierce is attempting to put the past behind him. He tries to adjust to his newfound freedom with a place at the halfway house and a job. But one lesson he learned in prison keeps him guarded: hope is a dangerous thing.Hunter Donovan, Assistant State Attorney, is a man of justice who loves a challenge. After a lifetime of putting his career first, a milestone brings him to a harsh realization—he's lonely.Hunter's world changes when he meets Cam. The wary young man intrigues him and awakens a desire unlike anything he's ever experienced. When Cam's past resurfaces and threatens to rip them apart, their budding relationship is challenged and Cam's hope for a future begins to dim.These outside forces hunting Cam will stop at nothing to send him back to prison. But they'll have to get past Hunter first.

Cameron Pierce didn't really know what to expect when the entire nightmare began days before his eighteenth birthday, but here he was, standing behind a large metal door waiting for it to open and grant his freedom. Nine years, eight months, two weeks, and five days of hell. Even though he had to stay in a designated halfway house for the next few months, at least he wouldn't have these bars or barbed wire fences to constantly remind him of his nightmare.
He fidgeted. In exchange for almost ten years of his life, the prison system gave him a hundred bucks for expenses during transfer, and a plain, standard-issue cardboard box containing his personal items—a watch, ten bucks, and a pack of gum. Everything broken or useless, which pretty much mirrored his existence. He ditched the box and everything else then pocketed the cash.
The gears of the large metal door ground as they inched open. Cameron shifted his weight from foot to foot, waiting for just enough space to squeeze through the door. He looked over to the guard and concluded he'd be better off attempting to walk out of this prison with a little dignity. At the pace these doors opened, he figured he'd age another decade in the process. He closed his eyes and counted, begging for a little patience to come his way. He finally heard the grinding stop and opened his eyes.
There, in the middle of the empty parking lot, Sam leaned against a car with crossed arms and a smile.
Cameron groaned as he finally exited the prison gates.
Mr. Samuel Issacs, rehabilitation officer, also secretly campaigned for sainthood every chance he had. His job was to help a group of assigned inmates rejoin the world with others but his mission was to mentor them. Sam wanted to talk, help, and offer support. Cam, on the other hand, knew better than to open his mouth, and he damn sure wasn't going to risk Sam becoming some form of collateral damage.
Cam had learned that lesson the hard way.
"Hey, Sam," he said once he arrived where Sam was parked.
"Hey, Cam. I thought I'd give you a ride to the halfway house instead of having you take the bus," he said as he opened the passenger side door of the car.
Cameron waited, not sure if sitting in a car for hours with Saint Sam was a good idea. 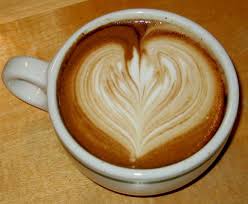 This was soooooo sooooo good! Honestly, this is better than A Better Man and I absolutely loved that second edition.

When the first book ended, we were hinted to the appearance of the first tenant for The Halfway House that Matthew Doner and Julian Capeletti set up. With their new house finally ready for occupancy, A Hunted Man opens to a young Cameron Pierce finally being released from a lengthy prison stay. With those first few pages, I just KNEW that this was a much different Jaime Reese book. The writing style has changed so much, for the better, and astoundingly, it is very visual and quite auditory. This is not a horror where that is to be expected. This is a romance thriller and it set such vivid imagery that it took me by surprise and made me smile from start to finish.

When Cam reaches the halfway house, the rules are immediately set into place by Matt and Julian. Cam needs this, he likes order. He can follow rules. He was good at that.

What he could not handle was the acceptance he felt from these two men. And his own room with an attached bathroom. With these new changes that may point him to a much, much better future, Cam falls into a panic attack that sets the tone of this whole story. Cam's past is filled with such torture and pain and it starts the question: how did he end up in maximum prison? A second question: with his tarnished record, who in his right mind would develop a relationship with a man like him - and stay? Actually, stay?

Assistant District Attorney, Hunter Donovan, was a regular at the diner that Cam worked in. Stepping into it one hectic day, he immediately notices the subtle changes: the diner is cleaner and there was this beautiful new employee. Best of all, this new guy presented him with a deliciously-arted cafe latte. Something the diner never served before. Things started getting really, really interesting at this point.

This is a real love story unfolding itself from simple words. And yet the simplicity of the writing made this such a delight to read for as things developed from good to bad to good then worse then bliss, it was still a simply written romantic story. The relationship that developed between Cam and Hunter was fast on the uptake but they never rushed through it. Instead, due to the circumstances of Cam's parole and Hunter's rigid and intense schedule, they were both forced to take things easy and get to know each other more before taking on that final step. This upped their relationship into something more than initially thought.

The drama here is not really drama per se. We have a mystery that needs to be solved and it involves politics and drug related crimes that Cam never knew he was even a part of - although this does explain a lot of things including his landing in maximum prison. It is this convoluted criminal move that landed him in jail even if things were too coincidental and too circumstantial to even be logically acceptable in court. Hunter's need to prove Cam's innocence is a great read for it shows the different layers of this man as well as his different personalities when faced with different situations. He could be very brutal and manipulative: a trait that is a must for a successful criminal lawyer. This is what sealed it for me for this book. The layered personality was so successfully written in but never once overwhelmed the man who was the lover and the friend.

All in all, this was such a fantastic read, quite different from the more haunting and sweet first installment. I don't know what Jaime Reese did, maybe this is the real author blossoming out, but I can honestly say: I.  Just. Love. This. Book!