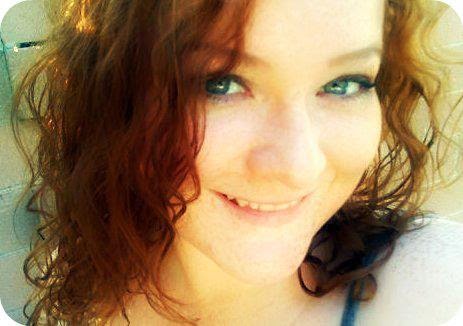 T. L. SHREFFLER is a noblewoman living in the sunny acres of San Fernando Valley, California, a mere block from Warner Bros. Studios. She enjoys frolicking through meadows, sipping iced tea, exploring the unknown reaches of her homeland and unearthing rare artifacts in thrift stores. She holds a Bachelors in Eloquence (English) and writes Epic Fantasy, Paranormal Romance and poetry. She has previously been published in Eclipse: A Literary Anthology and The Northridge Review.
Feel free to connect online! She loves hearing from readers, reviewers, orcs, elves, assassins, villains, figments of her imagination and extraterrestrials looking to make contact. Her online accounts are as follows:
Email |Website | Facebook | Twitter 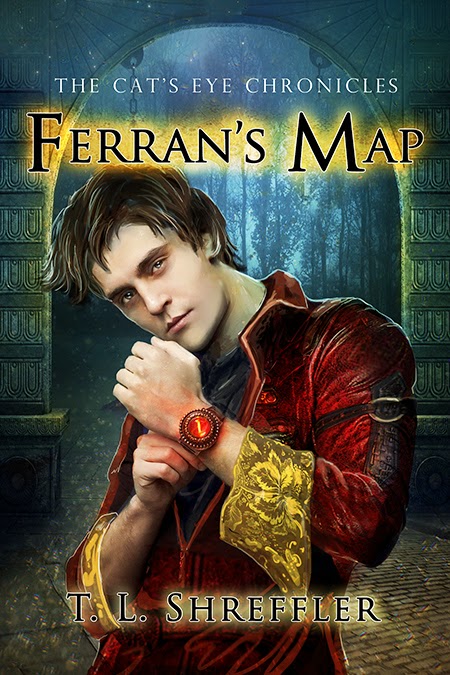 The bloodmage Volcrian is dead, but a new enemy lurks in the shadows. The Shade, a fanatical cult of demonic assassins, is trying to resurrect the Dark God and unleash His power back into the world. In their wake, a deadly plague spreads across the land.Sora and her companions are the only ones who know of the plague’s true source. As the disease spreads, Sora must journey to the City of Crowns to retrieve The Book of the Named, her only hope of stopping The Shade. She and her companions arrive just in time for the winter solstice festival, a notorious two-weeks of fine wines, grand parties and legendary debauchery. Sora must don the guise of a noblewoman and infiltrate the First Tier nobility to stop The Shade before it’s too late.
Meanwhile, the assassin Crash is confronted by ghosts of his past. As he uncovers more of the Shade’s plot, he finds himself face-to-face with his old Grandmaster, the one who trained him—and who he betrayed. Can Crash lay to rest his past, or will he succumb to his inner demon and rejoin the man who once made him a killer?

Grandmaster Natrix stood at the top of a sandy ridge, the iron-gray ocean to her back. Heavy clouds covered the sky, sending down flurries of snow. Below her, dozens of Named assassins littered the training ground, practicing hand-to-hand combat. The assassins worked tirelessly despite the weather, bracing themselves against gusts of wind, using the ice to their advantage. At this distance, they looked like black crickets darting amongst the gray slush of the dunes.
As she watched the Named assassins, a second figure appeared on the ridge beside her, materializing through the storm.
Her lip curled. Her eyes remained focused on the training ground. “Again, you’ve returned.” She spoke idly, as though musing about the weather. “I wonder where you’ve been—he, who once dedicated his life to this village.”
Grandmaster Cerastes raised a thin eyebrow. He looked weary, his pale skin sallow. Gaunt cheekbones protruded from an intelligent, angular face, matured in age. His deep-set eyes gleamed with a poisonous light.
“Are you reprimanding me?” he said, a touch amused, but mostly hostile.
Grandmaster Natrix gazed at him. She noted the ragged wear of his black robes, the discouraging tilt of his lips. His hair was sleek and perfectly black, falling to his waist, dusted in snow. A strange scent tainted his clothes—the gritty musk of a city, the vague stench of humans and horses.
Then she nodded to the dunes below them, to one assassin in particular.
“Your Viper has become quite good,” she said, shifting her weight to her hip, crossing her arms. She wore a close-fitting black shirt, clasped with a vest. The Sixth Race were born of Fire and Darkness, and resistant to cold weather. Her tall black boots were made of toughened hide, no soles, allowing the foot to move freely. A series of chakrams hung from her waist, steel rings with edges as sharp as blades, varying in size. They could be thrown with deadly accuracy, slicing off heads and limbs with the force of her throw. Tight, braided rows of black hair covered her head. Her eyes were the bright green hue of aloe.
Cerastes followed her gaze without comment.
A smirk touched her thin lips. “In your absence, he has trained with Lachesis. Another few years, and he might just become a Grandmaster himself.”
Cerastes appeared impassive, but Natrix knew the statement rankled him. Grandmasters did not like sharing students—especially talented ones. “He has unlocked the fifth gate?” he asked quietly.
“No,” Natrix said, her eyes following the figure of the Viper. “But he is close.”
It had been eight years since the Naming of the Viper. In that time, she had watched Cerastes’ student progress rapidly and tirelessly. He was far better than her own savants—even the Named Adder, her best student, who wielded his saber with dexterous speed.
Assassins, especially Grandmasters, kept their emotions under tight control. Yet bitterness had crept in over the years. Perhaps even jealousy. She wished she could work with such a motivated student, one who took his training into his own hands, compelled by his own inner drive. Even without a Grandmaster, even if the Hive did not exist, even if Viper were the very first of the assassin race—she had little doubt he would be able to unlock the seven gates. He harbored a talent that founded tradition. He proved to her the assassin ways were not just fabrication, but a true part of their nature.
And because of that realization, she eventually lost her envy of Cerastes. The Viper's skill was not one of superior instruction. Some assassins were simply born to the task, gifted by the Dark God with clever hands and a sharp mind. He moved like water, using his opponent's energy to his advantage, pulling his assailant forward and off-balance, then striking with his entire body—foot, knee, hip, forearm, open palm. The Adder twisted, and the Viper turned with him, able to anticipate his opponent’s next move. He knocked the Adder to his knees. As she watched, her own student was forced to the ground, prostrated in surrender.
“You owe him an explanation,” Natrix said casually, noticing Cerastes turn away. He walked across the top of the ridge, moments away from vanishing again.
The Grandmaster paused. He spoke over his shoulder. “I owe him nothing. He has made his way.”
“You broke your oath.” Natrix watched his back carefully, his long hair listing in the wind. “You swore to mentor him until he reached the fifth gate. The boy relied on your instruction. For the last four years, you’ve rarely set foot in our hive. You’ve forsaken your duty to the Viper...he was your best. He still is.”
Grandmaster Cerastes turned fully and glared at her. “What I do with my time is not the Hive's concern. I’ve turned my attention to greater matters.”
“I don't care,” Natrix murmured. “Leave the Hive for good if you wish. But you broke the oath of a mentor. In the eyes of the Viper, you are truly a snake. It is well-known that our best students shall some day become our greatest rivals—are you willing to let this seed grow wild? Did you not kill your own Grandmaster, so many years ago?”
Cerastes remained silent. They watched the Viper sheathe his dagger and turn away from his defeated opponent. The young assassin quickly walked back across the training ground to a fringe of trees on its opposite side, toward the direction of the colony.
Natrix grinned cunningly. “You should keep good relations with him. Some day he will be a Grandmaster, and you will be old, and then you'll be that fool bleeding out in the snow.” She indicated the training field again, where the Adder now sat holding his rib cage, blood staining the ground.


The hint of a frown passed over Cerastes' brow as he considered her words. He cast her one last look, then turned and strode away, vanishing into the ever-thickening flurries of snow.

Be sure to enter the giveaway for a chance to win an advance copy of Ferran's Map closer to the release date!