eARC Review: A Dance with Domination (Collars and Cuffs #4) by K.C. Wells 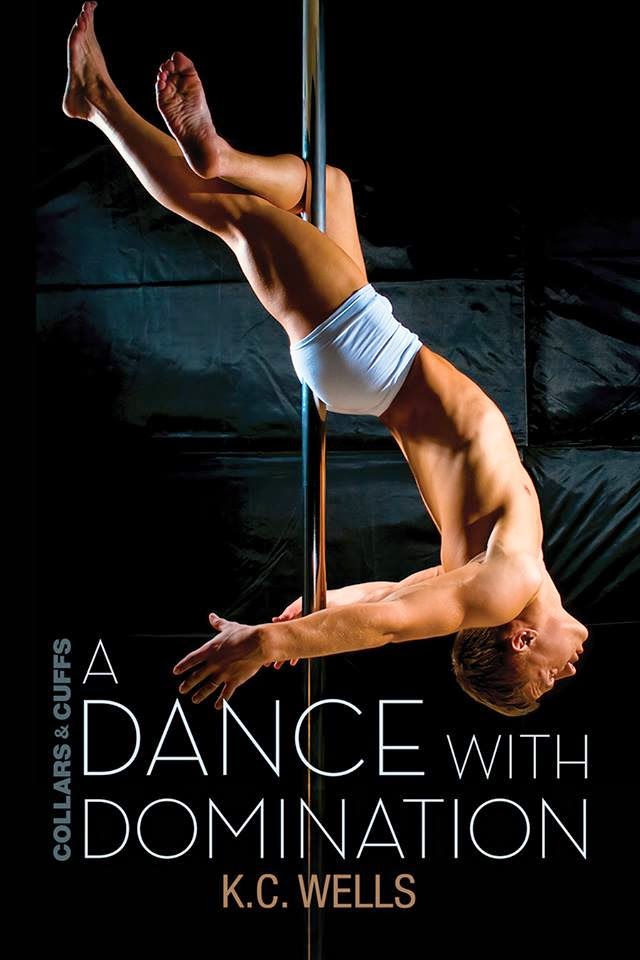 A Dance with Domination (Collars and Cuffs #4)
by K.C. Wells
Expected publication: May 23rd 2014 by Dreamspinner Press

Recently returned to the UK after living in the States since he was eleven, Andrew Barrett is determined to keep busy and make a new life for himself. He works full time as a copywriter and strips at a club on Canal Street on weekends. But it still leaves him too much time to think. Then he finds the BDSM club, Collars & Cuffs, where at twenty-nine, he is their youngest Dom. Young doesn’t mean inexperienced, however. All this activity keeps him focused with no time to dwell on the past. But the past has a way of intruding on the present.
It’s been four long years since Gareth Michaels last set foot inside Collars & Cuffs. But when he finally summons his courage and steps back into his former world, he finds the man who drove him away is still a member, and what's more, he wants Gareth back. Two men in pain need the freedom they find in each other, but it takes another man’s horrific plans to make them see it.

I don't know, but I just saw K.C. Wells in all her glory here, it is like she just dropped all of her inhibitions and just went all out. I found myself just gobbling this book up like the curious cat (or dog) that I am.

Then there is the pole dancing. Now, I am a super, huge fan of this sport/art and I even belong to a secret group of fangirls who just love the moves these men make on the pole. So the fact that the two MCs in this book are pole dancers, I was just hooked.

Andrew Barrett escaped to the UK after living in the US since he was a young boy. The guise was he moved for work opportunities. The truth was: he had a secret he was not willing to talk about just yet. When he lands in the UK shores, he gets his job and his apartment sorted out, then he looks out for a second job, as a pole dancer/stripper in Bliss.

Gareth Michaels had lost his master four years ago and even if he was still welcomed at Collars and Cuffs, he had no heart to go back to the scene that only gave him pain and disappointment. Working at Bliss allowed him to cover his living costs but he was exhausted most times. Having a friend and ally in Andrew, he learns some tricks on how to get more tips. Soon, however, he realizes that Andrew was different and he was getting attracted to the man, especially when he turns on the 'voice.' A voice he recognizes as that of a Dominant and he is reacting to it.

As the two men's lives begin to mingle, the stories of those around them also become clearer. We have Leo and Thomas coming in to save the day, we have Pietro who uses his skills as both a good friend and sous chef coming to the fore, resulting to a delightfully and beautifully written story of love and reconciliation.

This is a Collars and Cuffs story and yet this one reads a little different from all the rest. Where the first three were romantic and dramatic, here it is the same but with a stronger BDSM element, graphically detailed and described. However, this is also a very touching story, not only for Gareth's and Andrew's romance, but for Leo as well. This teared me up some, especially when the realizations came to the forefront and the acceptance of reality sets in. The bits of drama only added to their stories and not just for the sake of adding drama - there was a backstory here that needed to be told and explains a whole lot of the side stories going on in the preceding books. How I see this is C&C coming full circle, not just as a club, but as a place where men can be men and be who they are without fear.


Posted by multitaskingmomma at 1:02 AM