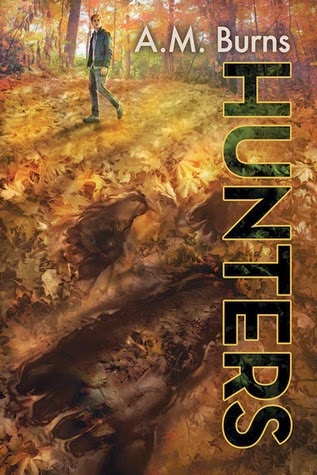 A Harmony Ink Press Young Adult Title
Bigfoot hunters prowl the forests of Cripple Creek, Colorado. That doesn't sit well with Thom Woodmen—a Bigfoot—albeit the runt of his family. Being the smallest has advantages; Thom, in disguise, gets to attend high school, and he’s not expected to accomplish much in life. All that changes when he comes across a distressed human in the forest.
Ben Steele is new to Cripple Creek High School, and after a harrowing experience in the woods near his new home, he quickly falls in with Thom Woodmen and his circle of friends. So what if they like to hang out with nature? Ben’s got nothing better to do. Trouble is, Ben can't seem to stay out of it—trouble, that is.
However, in saving young Ben's life, Thom inadvertently kick-starts a bonding process that’ll change both their lives forever. With the support of family and friends, Thom learns to accept bonding with the human boy. But with the danger overrunning Cripple Creek lately, Thom may be cut down before he can confess his secret and his love.

It was the Bigfoot that did it!

I have just about read all sorts of shape-shifter stories there is offered as ebooks, but I think this is the first I have encountered that involved the mysterious Sasquatch or Bigfoot. I hoped this would be a good read. I hoped this would also attempt to give answers to some of the more mysterious aspects of this creature. There are so many versions of this 'myth'(?) and have even seen some weirdness on YouTube. Author A.M. Burns not only managed to provide all the above demands on my part, but he also gave me the thrill of reading about first loves.

Hunters is about two young teens in Cripple Creek High School. One is human, Ben Steele, the other is a woodman, Thom, the Bigfoot in human disguise. Thom was running from Hunters when he stumbles into Ben in the woods and yells out a warning of 'RUN.' This sort of saves Ben's life, endangers Thom's, and sets to motion a bonding between the two young men. A bonding neither expected nor ever thought possible.

Being a human, Ben was not privy to the secrets of the town he and his father just moved into. The paranormals lived shoulder to shoulder with the humans and the latter were never suspecting of any strange goings on. Befriended by three schoolmates was a boost to his first-day-of-school-blues, he began to really like this new school and town. When Thom asks him out on a date, now that just about made his day and nights.

Thom had always been the runt of the family. He was not only physically smaller, but he was also slower and weaker. His accidental bonding with Ben made things curious for him and his family, though, and soon was realizing that he was also physically and psychologically changing. A change no one thought would ever come to pass for him.

This was such a delight to read. The writing was light, simple and easy on the brain matter. It was hard to put down as the pace was fast. It was important to read every single word for each held a secret. In short: I just loved this read and it was a surprise. It was not an awesome piece, but it was better than good. Is there a sequel? I hope so. I really do!!! I want more of these two young men and their friends and that Mayor!