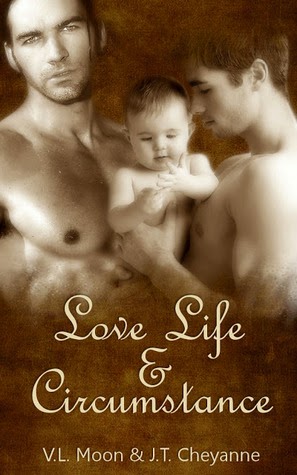 Born the son of a preacher man, Elijah Deacon always conformed to his father’s strict religious teachings. He worked hard, devoting his time and energy to the family owned construction firm, leaving little time to focus on the deplorable state of his private life. Small town America was no place to be when all a man craved was the touch of another man. Elijah hid his sexuality and tried in vain to convince himself he could be happy with a woman. Urged on by the dream of having the family he craved, Elijah couldn’t know a drunken one night stand would see him pay the ultimate price.
Leaving the bright lights of Atlanta and placing his own life on hold, paralegal, Seth Jacobs, moved to Alabama hopeful that with a baby on the way, his twin sister Bethany would settle down. His older sister by five minutes, she gave him the confidence he needed while growing to come out and be proud of who he was. It was his turn to return the support. On arrival in Headland, Seth endeavored to make her see the dangers her behavior presented to her and her unborn child. But, to no avail.
When destiny deals a cruel blow, and the life of a newborn baby hangs by a thread, Seth and Elijah are flung together to deal with the tragic circumstances. The grief threatens to consume them, while joy and fear work to unite them. Jealousy, love, lies and bitter truths rise to the surface and threaten to tear them apart. Can the powers of love and life bring them together and heal the loneliness that death leaves behind? Or will circumstance prevail and fuel the embers of love that draw them together?

I really wanted to read a story about two men and a baby. The first attempt was quite a trauma, but then I skipped on over and discovered this little piece of gem after ranting on a good friend who told me to read this if I really wanted something that will be memorable. She was right, this was memorable indeed: heartbreaking, romantic, tragic, ridiculous, and just plain beautiful.

This is the story of two men who, in one fatal day, find their lives intertwined in the most unexpected ways. Seth Jacobs had a bright future ahead of him, but his twin sister's actions and behavior desperately needed a guiding hand, so he leaves a cushy job and found himself in the middle of nowhere Alabama, trying his best to support his now pregnant sister who was also into a whole lot of drugs and alcohol. Then we have Elijah Deacon, the pastor's son. He is understandably closeted and plays around with women publicly. In private, he does his own thing, hoping never to be discovered. On the death anniversary of his mother, he loses a father in a fatal accident and unwittingly discovers a child he fathered.

The two men's lives in the first few chapters of this book were tragic, so tragic. Their emotional upheavals were palpable to say the least, and the decisions or actions they took were obviously led by high emotions. Who could blame them? Each man lost the last of their family and now were saddled with a child whose mortality was questionable. This whole tragedy sets the course of the story, how the two men could get over their grief. How to move on, now that was another story entirely.

I cannot say I enjoyed this story, it was sad and just too real. Then again, this was really what gripped my attention from start to finish and I just fell in love with all of the characters, even if I wanted to bitch slap a couple of them, they were still lovable idiots. Seth's and Eli's love was borne out of grief but they followed this through with their minds wide open and they did reach that point where they just fell for each other. The trials they had to go through, those were no easy tasks, and yet they found the way to go through them all and fight bravely for their love. They fought, they won, and they created their own family amidst all the tragedy. And were happy for it. Now that! That was what I loved - both men never giving up and finally finding their forever after.
Posted by multitaskingmomma at 8:09 AM