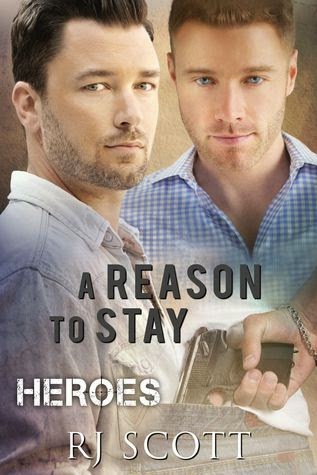 When SEAL, Viktor Zavodny, left small town America for the Navy he made sure he never had a reason to return for anything other than visiting family. He wanted to see the world and fight for his country and nothing, or no one, was getting in his way. He fights hard, and plays harder, and a succession of men and women share his bed.
But a phone call from his sister has him using his thirty day down time to go home instead of enjoying his usual thirty nights of random sex and sleep.
What he finds is a mystery on the Green Mountains and the only man attempting to make sense of seemingly unrelated deaths. His childhood friend and first love... Lieutenant Aiden Coleman, Sheriff.
There were reasons Viktor left his home. Not least Aiden Coleman with his small town innocence and his dreams of forever. Now Adam and Viktor need to work together to save lives and prove there is a hero in all of us.
When it's done, if they make it out alive, can Aiden persuade Viktor that he has a reason to stay? Maybe forever?

This is the story of a navy SEAL who had been closeted for as long as he could remember. His one love, Aiden, had been heartbroken because of their parting, but once back in town, and Viktor had also come back due to an injury, neither man could resist their attraction for the other. And they loved.

Viktor, however, is too pushed back in the closet, and his dreams of the life of a SEAL was a priority. Of course, he was scared to lose everything, too, should he out himself. He left Aiden and even when back Stateside, he refused to connect. Then bodies dropped in their small town and in the middle of it all, was Viktor's nephew. Going back to where it all began and ended two years ago, the chemistry and love between Aiden and Viktor was just too much to ignore.

There were some points I was having a problem with, like the peaking of the story which had a sudden downturn. Luckily, it peaked once more and it made this book impossible to drop. Those parts where it slowed down, were very slow and that is the reason for the drop of rating. Overall, however, this was an incredible read and so well written, something I expect from an author like Scott. I am not disappointed in the least but I do want to know what comes next. So yes, definitely a recommended read.

Note: I received an email from a friend asking me about this book by author RJ Scott and I said, yeah! it's a nice story. Light, not fluffy, has the right amount of angst in it, also a bit dramatic at some points, but it is HEA and written incredibly well, so yeah, I rated it a 4, didn't you see?

Of course I got upset, for I did all those. And guess what, I made a booboo.... I did write this review but saved it on DRAFT. So please, forgive me...