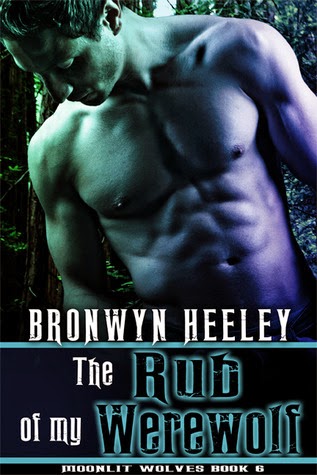 Finally free, can Dan make the right decision, not only to keep himself alive, but to keep the man he loves?
Running for his life, in the literal sense, Daniel never thought he’d run into his ex-lover, the one he’d walked away from, forever, but that’s exactly what happens—or is it more Gene running into him?
As Gene tries to catch Dan and get him to realise they are better together rather than apart, he’s got to battle a very real enemy—one that’s been chasing them from the beginning.
Maybe it’s time to end this. Maybe it’s the time to show Dan what he needs to see by standing beside him and showing him he’s willing to do anything for the man he loves.
But this is only the start. Let’s just hope they’re pointing themselves in the right direction.
Note: it’s highly recommended that you read this series in order

There is something about Dan that no one knew about. He is a secretive man and his secrets kept him alive and sane. He also holds the key to save the were pack from being tracked by the hunter group he belongs to. A hunter group he should call family.

Gene and Dan have been lovers on and off for some time but Dan managed to keep things on a fairly distant-non-relationship level: basically they just managed to run into each other and rub each other off in the best way possible. Gene knew Dan was his fated one, but Dan? Well, his secrets kept any form of relationship with Gene from happening.

Now, things have changed. Dan is finally free and has the chance to be with Gene. Thing is, Dan did not know that Gene was already out on the loose, running, to get his mate back where he belongs: in his arms and within his pack.

All they needed to do now was to get to that secret information and stay alive in the process.

This was a very different read from the first five installments. Where there were times the other books went a bit choppy in some parts, this one, it was more fluid. The story just seemed to flow out of the author in this one. It became a very light and fast read for me and made me just inhale the story in one great, big gulp. The events unfolded quite rapidly and frankly, the visual effects for this was much clearer compared to the previous ones.

Dan's introduction into this series is a very important one. Not only is he one of the mates, but his secrets may just be the key to get this pack the much needed boost that will not only keep them safe but to keep them alive and free of the hunters. His coming into the pack may not really be appreciated now, but in the future books it definitely will be. Finally, I see a light at the end of the tunnel for these young weres and I can't wait for that next book to come along, to show me how they will use this new information.

The Moonlit Wolves series is a very different read from all the rest out there. This has a very strong manga
feel to it and the stories unfold just like the style. It can be quite graphic at times and feel choppy in others. Read as a whole, it is a very solid series and one that I am faithfully following and recommending to all those who like a different read.