Happy Release Day!!!!!! eARC Review: All Of Me by Cardeno C. 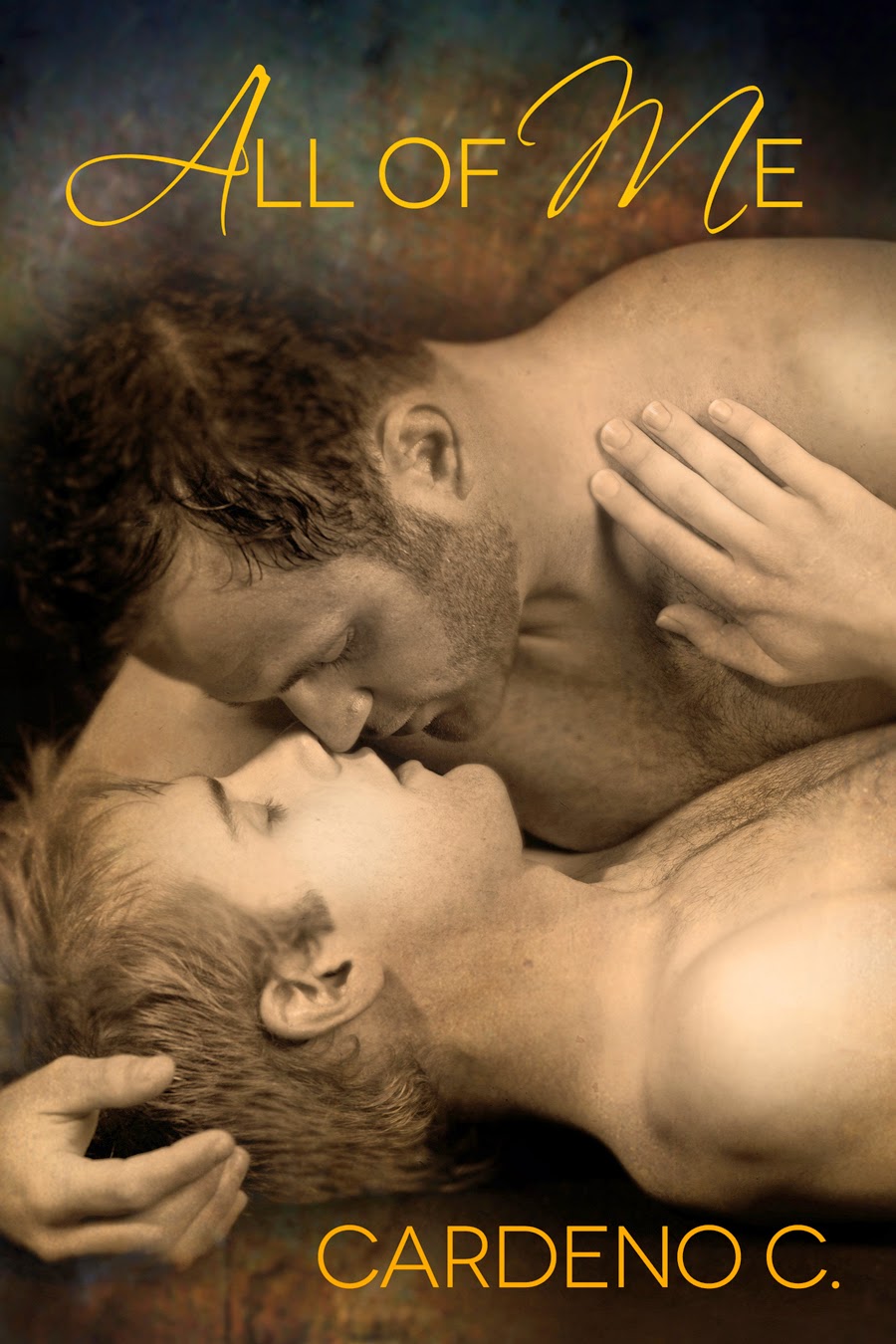 All Of Me by Cardeno C.
(Dreamspinner's Mended Daily Dose)
http://cardenoc.com/allofme.php#.U3As6PldV9Y

Bonded by their parents before they were conceived, Abel Nasa and Zakai "Kai" Berura adored each other since they were children. As teens, the two future Alphas took the next step in their bonding process and vowed to remain true to one another until Kai came of age. But when tragedy struck, Abel felt betrayed and ran from Kai instead of completing the mating bond.
Years pass with no contact between the two, but Abel never stops yearning for the man who was supposed to lead by his side. When Kai returns, broken and on death's door, Abel must look past what he saw and trust his heart so they can fulfill their destiny and merge their packs...

This is a novella: short, sweet and yet so beautiful. I just fell in love with these two men, found myself crying. Then once the drama was kicked and killed, it was smooth sailing to romance-land and I just got my goofy smile on, and on, and on....

This is the story of two alphas, Abel Nasa and Kai Berura, bound to each other since they were very, very young, and so in love. They had to wait though, Kai was still underaged. Both thought they would have their happily ever after without much ado. Things were not quite right, however, when Kai finally turns eighteen. Suddenly, Abel  looses contact, but he never lost hope. Just like that, Kai was not connecting, with Abel or with anyone. Was it the unexpected death of his mother? No one knew. When Abel went to Kai's territory with his father, the most bitter of betrayals slapped him in the face and he just ran.

That was ten years ago.

Abel is now full Alpha with all of his powers peaking, but his heart was still broken and he was very lonely and miserable. Bitter, lonely, needing his Kai, knowing he could never have him back, he lives a half life.

Then Kai is returned but he is not the young man Abel remembers him to be. This is a shadow of a wolf, dying and suicidal. What happened to his fun loving and beautiful bonded mate? Abel does not know. When he does find out, he makes sure the bond between them, the one that should have been realized all those years ago as mates, click.

And the fight to the death is on.

All of Me by Cardeno C. is just so beautifully written and it is a very light read. Again, one of the few novella length stories that did not leave me hanging for lack of information, and with characters and plot developing well, it did set my heart to pitter patter in the best way possible and I just grinned goofy. Yes, I did cry, but the story more than made up for the tears as it progressed. And I just fell in love, glad nothing could get past these two alphas once they bonded.

The strength these two displayed - they are ALPHA! men.

Posted by multitaskingmomma at 12:23 AM