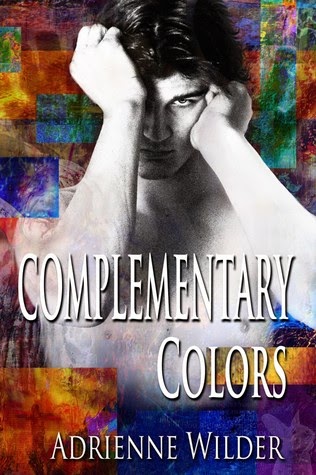 My sister Julia manipulated my life into a prison to keep me silent about our dirty family secret. Her greed made me a slave and circumstance left me with no way to escape.
Trapped, the only way I could silence the nightmares driving me to insanity was to wrap them in color, hold them with shadow, and stitch them to negative space with line.
But no matter how bright the pigments, no one could see my confession.
Except for Roy Callahan.
I thought he was just another nameless one-night stand in a long line of many.
But I was wrong. Roy could see past the façade of my life and through the veil color over the canvas. He could see what the world couldn’t.
And with him I’d find the courage to tell the truth about the boy.
The boy who kissed me.
The boy who loved me.
The boy whose name I couldn’t remember.

Paris is a troubled but brilliant artist whose works were worth millions. His life is controlled and directed by his older sister, Julia, who also has the key to his memories and sanity. Unable to get past the lies, his fragmented mind finds a way to communicate with the outside world: through colors.

What people and art critics see as artistic brilliance, what Julia sees as dollar signs, Paris sees canvases filled with images of long denied memories and unheard cries for help. While the rest of the world were blinded by the colors and artistic lines, a man called Roy takes one look and sees more than he bargained for.

Roy is a simple man. His life is hard but he steadfastly lives it on a daily basis to survive. When his one encounter with Paris leads to more meetings and sexual encounters, he learns to love the man behind the façade. He found the real man behind the paintings that many found outstanding. He did not see what the rest of the world saw. In the paintings, Roy found a story too horrifying to speak of. A story that was driving his Paris into a world of sex and drugs neither man could control. A story that may just be the key to save Paris' mind and soul.

I am simply amazed by this work. The journey into the mind of Paris was a difficult and dark one and yet it was very hard to get off of it. I have to confess that I connected with the author and said that this work had succeeded where others failed: shut me up. There was nothing I could write or say that could impress the brilliance of this work.

My mind comes up blank while trying to find the right words to complement this book and while I know I need to keep looking, I know have failed miserably.

Just let me end this with an encouragement for all to take the time out and just read. It can be a difficult journey but the path will soon clear and make known that mysterious unknown. Remember this hint though: that blurb may be vague, but it is the key.

Because so many people can benefit from having resources in a time of crisis, a minimum of 10% of sales from each book will go to the American Foundation for Suicide Prevention. With every thousand copies sold I will add an additional 1% until I reach 25% of all monies made.

This donation will be done in the memory of all those who have been lost to suicide.