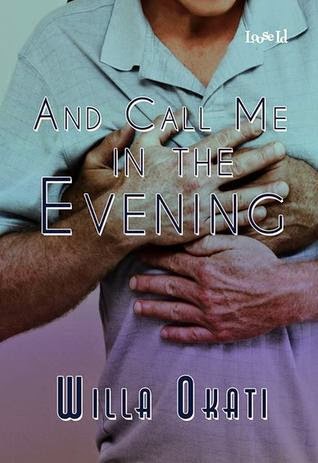 Eli’s still not great at wearing his heart on his sleeve and Zane’s still got trust issues, but they manage just fine. It’s all good. Right?
Yes and no. When the doctors find themselves grounded between trips for Medicins Sans Frontieres, things begin to change. Zane’s making plans for where they’ll go next, but homesick Eli discovers the opportunity to open a clinic of his own in his old neighborhood. He’d have thought Zane would be all over that, but Zane’s not listening. Meanwhile, there’s trouble in paradise between protégés Taye and Richie, and Eli’s ex-wife Marybeth has come back to town, bringing a heaping helping of hassle with her. Eli figures it’s no wonder he’s been having a heck of a time with chest pain—which he hasn’t told anyone about.
There’s something to be said for setting the story straight, it’s true. Eli knows he and Zane have a good thing going even if keeping it that way is the hardest—and best—part.

This story opens several years after Eli and Zane became lovers and then partners. They had made decisions years ago that affected their medical practices and it affects them differently. This also opens to Eli not feeling his best but is true to his being a doctor: he ignores all signs and symptoms and becomes an epic failure at the other end of the stethoscope.

Eli is basically homesick and sick but Zane is still hyper excited about his work with the  Medicins Sans Frontieres and is at that stage where he assumes to know what Eli is thinking and feeling and not being that observant about what was in front of him.

So yes, the honeymoon is over but their love is just as steady, just as strong. They face tests they never thought they would have to and it does make up for some bit of drama. The other drama involves good friends really so, as a reader, I felt I was being played along a bit, given a treat involving two men I fell in love with years ago and really made me addicted to the MM genre.

For those of you who have never read And Call Me In The Morning, it is best to pick it up. It may have been written a while ago but it is a timeless story not easy to forget. It can also make you see why readers love these two men so much.