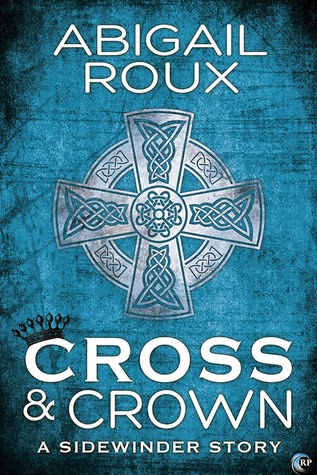 When Nick O'Flaherty arrives at the scene of a double homicide to find he has a witness to the crime, he thinks it’s his lucky day. But when he realizes his witness is suffering from amnesia and can’t even remember his own name, Nick wishes he’d gone with his gut and put in for vacation time.
Then Nick’s boyfriend and former Recon teammate, Kelly Abbott, joins him in Boston, and Nick finds his hands a little too full as the case and his personal life collide. The witness he’s dubbed “JD” is being tailed by Julian Cross, a retired CIA hitman. To complicate matters further, JD forms an attachment to Nick that Nick struggles not to respond to as they search for the key to JD’s identity.
Trying to determine whether JD is friend or foe as they investigate the crime puts them on the trail of a much older mystery. When multiple attempts are made on their lives, Nick is forced to turn to old enemies and new allies to solve a centuries-old crime before he and Kelly get added to the history books.

Cross & Crown would be best described as Abigail Roux's  take on National Treasure the movie, only, instead of Nicholas Cage, it would star Nick and Kelly. Hmmmmmmm......

After the Ball &Chain debacle, we are now faced with the next installment to Nick's and Kelly's ongoing story. The story of their love for each other and trying to come to terms with their being apart for weeks or months on end and only getting together for a few weeks at a time. Not really something that could be considered a beautiful foundation for everlasting love, but these two men know each other too well to not trust the other... and love the other... and romance each other...

When Kelly arrives back in the arms of his lover and partner, he did not think he would be recruited to help out in an ongoing case involving kidnapping, a murder, and an adventure. An adventure that involved, yes, you got it! a treasure.

So more of Nick's backstory is revealed and it is an intense one, something that not even Kelly really knew anything about and in fact, this book does not really reveal all. When the book ends, we are all left wondering what we could not figure out, etcetera etcetera etcetera.....

The great thing happening here is the reappearance of my all-time favorite, Cross. He is still as badass as they come but this time his partner, Cameron, the man who makes him breathe sanity, is kidnapped. Here I will stop revealing any spoilers, it is important to read how Cam gets involved here.

Then there is JD, or John Doe, the amnesiac witness who is crushing on Nick. Thing is, he is exactly Nick's type and if not for Kelly in his life, he would have jumped on this witness. But Nick did not and stayed true.

I love these men, I love these characters I got to know from the Cut & Run series. I love knowing what's happening in their lives. Thing is.....

Okay, so I still read this, for I love these men, and I would still pick up the two series (what is plural of series?) when the next instalments come around. Do I expect a fantastic read? I hope for one, but it is not. It is just a good read, a highly entertaining one, a talent that Ms. Roux is not lacking in.

Will I recommend this?

Heck yes! I still read it so I will recommend it. I enjoy these men and their stories too much. Don't care for my own rating either!

Posted by multitaskingmomma at 5:11 AM